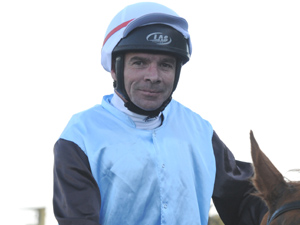 Popular local jockey, Paul “The Duck” King, has called it quits on his riding career and is to take up a new management role in a Hong Kong based Bloodstock Racing company.
Mr King had his last day in the saddle at Newcastle races on Saturday, January 20.
Mr King surprised the Wyong racing community with his announcement, with Wyong Race Club claiming: “The hardworking and high calibre jockey is going to be a big loss to the local riding ranks”.
Mr King had a fruitful association with Wyong trainer, Ms Kristen Buchanan, winning a host of races for the stable, including a memorable victory on Two Blue in the $300,000 Gr 2 Sapphire Stakes at Randwick in 2016.
Mr King told Sky Television that he thought he has ridden almost 2,000 winners in a career spanning more than 30 years, including 16 Group One races.
Mr King started out as an apprentice in West Australia, riding his first winner in 1985.
“Everyone here at Wyong, I’m sure, will join the Club in wishing Paul all the best in his new venture,” a spokesperson for the Club wrote on the Club’s Facebook page.

Wetlands-Pioneer Dairy is a twitchers’ paradise