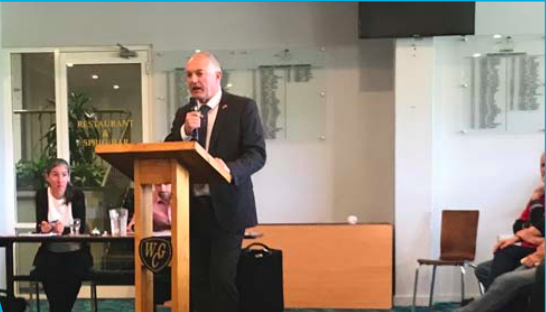 Shadow Minister for the Central Coast, Mr David Harris MP, has called on NSW Premier, Gladys Berejiklian, to “step up and deliver on the Liberal’s commitment to stop the Wallarah 2 underground coal mine”.
The Planning Assessment Commission (PAC) recommended to the Minister conditional approval for the mine to go ahead, on January 17.
“Despite overwhelming opposition from the community, the PAC has approved the controversial project which has been the subject of a long and bitter community campaign against it,” Mr Harris said.
“Central Coast residents need to know that this determination means that 300 megalitres, or 120 Olympic sized swimming pools, of treated mine water waste, will be released into the Central Coast water supply each year.
“This is a clear-cut broken promise from the Liberal Government which promised in 2011 to stop the mine going ahead, with the Opposition Leader, Mr Barry O’Farrell, notoriously photographed wearing a ‘Water not Coal’ T-shirt with his Central Coast candidates.
“In 2011, Barry O’Farrell said that there were no ifs and no buts about the mine being stopped.
“Well, now there are no ifs and no buts that the Premier is the only person who can stop this.
“Millions of dollars were spent on securing the Central Coast water supply in 2007, after 10 years of drought, and now that could be at risk from mine waste water.
“This proposal includes a coal loader and conveyor belt at Blue Haven, within a kilometre of homes and schools, and for that matter, within 5kms of Wyong Hospital.
“Gladys Berejiklian needs to step up and deliver on the commitment to stop this mine before it’s too late and we are left to suffer her inaction on what remains a broken Liberal promise.
“The buck stops with you Premier,” Mr Harris concluded.