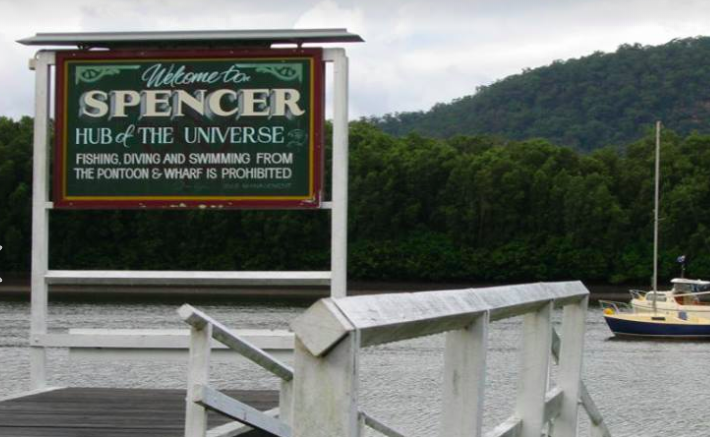 Spencer 'The hub of the universe'

The Spencer Community Progress Group (SCPG) is hosting its annual major fundraising event, the Spencer Cup Riverside Markets (SCRM), on January 27 on the Spencer waterfront.
The annual SCRM first began in the 1980’s.
Previously known as the Spencer Cup Regatta, it’s a community run day and everyone is welcome.
“Spencer is one of the Central Coast’s smallest historic communities, located in one of the most beautiful natural areas in Australia,” SCPG President, Mr Brad Maisey said.
“Spencer may be small, but the community has a big heart, with old-fashioned values where the local residents truly care and support each other.
“As Spencer is a small semi-remote community, it has often been overlooked by the local Council.
“The most recent example being the exposé in August 2017 of the illegal waste dumping which has been leaching into the river since before 2015.
“Regardless of size, there are many basic services that need to be met to ensure the safety and well-being of the community and visitors to the area,” he continued.
“Spencer is probably best known to car and motorbike clubs who visit in large numbers, especially on weekends, where they stop to use the public toilets, purchase refreshments or just simply relax and take in the natural beauty of the river.
“However, there are no public picnic areas.
“Spencer is very much an under-estimated tourism opportunity for the Central Coast.
“The public wharf, boat ramp, children’s playground are all unsafe and the public toilets offensive.
“The Spencer waterfront is the ‘hub’ of the community, as it is used not only for community functions (fundraising activities, sausage sizzles, Christmas carols, the local women’s group, birthdays and funerals), it is also the primary egress point for river access only communities, such as historic Marlow, to commute to work and collect their mail from the local shop,” Mr Maisey said.
“The public wharf is a crucial part of the emergency evacuation plan for not just Spencer, but also adjoining communities, Wendoree Park, Marlow, Gunderman, Greengrove and Never Fail.
“The public wharf is used for many river-based activities such as kayaking, fishing, canoeing and boating as well as by river-based businesses.
“However, due to the degrading of the riverfront wall, the structural deterioration of the wharf, and tidal conditions, the wharf is unsafe to use to board on and off any type of vessel, especially for any person who is infirm or disabled.
“The SCPG have been campaigning for a very long time to have our local amenities and services upgraded, there are currently two petitions submitted to Council regarding the issues mentioned above.
“All local councillors, the Mayor and members of parliament have been invited to attend.
“Both the Mayor and Lucy Wicks have already graciously accepted,” he said.
Throughout the day, the SCPG will have market stalls, the popular duck race, live music, fresh seafood and produce, kiddies crab racing, sideshow alley, and a range of other children’s activities.