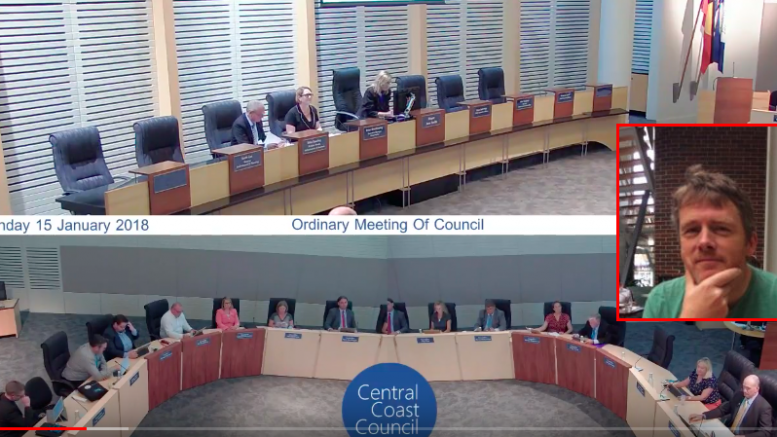 Central Coast Councillors voted to appoint Brian Glendenning as the Interim Chief Executive, following the resignation of Mr Brian Bell for health reasons effective on January 26.
Councillors met at an Extraordinary Council Meeting on January 15, at the Wyong Chamber to discuss
the matter.
Most of the meeting was held in confidence in line with the Local Government Act 1993 pertaining to
personnel issues.
A brief discussion prior to the in confidence session by the Council ensued and a formal motion was
passed to that effect.
Mr Glendenning is currently the General Counsel and Executive Manager Governance at Central Coast
Council, a position he was appointed to in May 2016 under the then Wyong Council.
Central Coast Mayor Jane Smith, said Mr Glendenning had the full support of Council and would lead the
organisation whilst the process to recruit a permanent Chief Executive Officer was undertaken.
“I would like to take this opportunity to pay tribute to Brian Bell and thank him personally and on behalf of
Council,” Mayor Smith said.
“Brian Bell has done an important job leading Council through the transition to an elected Council
following the administration period.
“His leadership, advice, experience and compassion will be missed.
“Council is in good hands, with elected Councillors working together with the leadership team and our
dedicated staff to deliver the services you need, want and value.
“This year is going to be a year of consultation, consolidation and commitment to doing the very best for
our community and I am looking forward to the challenges ahead,” she said.
Mr Glendenning will receive a pay rise commensurate with existing Chief Executive’s pay for the period
of the temporary.
It was not made known who will act in Mr Glendenning’s current role.
Council also informed those present at the meeting and viewing the live stream that an Extraordinary
Meeting will be held in the coming weeks to appoint the agency to undertake the process of recruiting for
a new permanent Chief Executive Officer.
This process is expected to take approximately three months.