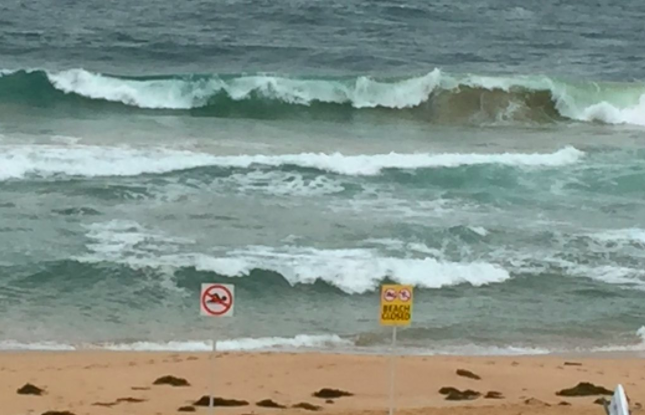 Central Coast beaches will likely be closed due to large swells. Image: CCCouncil

Central Coast beaches are due to be hit by very large swells from Sunday to Tuesday as a result of a large low-pressure system in the Tasman Sea.

Central Coast Council has issued an alert ‘ Large swells between 3-6.5m are predicted for all Central Coast beaches and coastal assets on Sunday through to Tuesday. Please exercise caution.’ Updates can be found using the hashtag #CCCbeaches on social media.

Central Coast Surf Lifesaving has cancelled a popular nippers carnival scheduled for Killcare beach on Sunday as a precautionary measure. the alert reading ‘strong southerly winds and a steep rise in south swell building to a messy 5-6ft + on Sunday. The carnival organising committee has made the decision to postpone Sundays Killcare Junior Carnival until Sunday 21 January 2018.’

Swimmers and rock fishers are warned to stay well clear of the swells in coming days. Two people have already drowned in the last two weeks on Central Coast beaches.