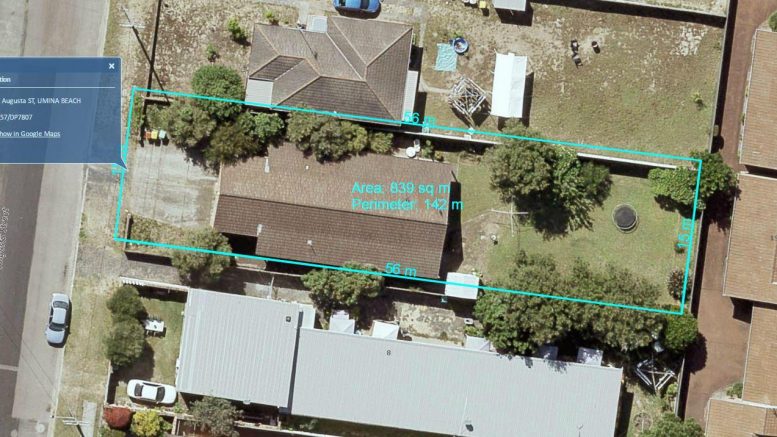 An application to build three townhouses that do not comply with planning guidelines is being justified on the basis that the council has not followed the guidelines “on numerous occasions”.
“It is clear that the numerical standards set out in the Development Control Plan have not been complied with on numerous occasions as there is strong demand for the availability of more affordable housing,” the application for the development in Augusta St, Umina, has stated.
“There is a lack of large sites and development is constrained to smaller sites where setback requirements are difficult to achieve with economic yield of dwellings.
“Consequently, the numerical standards may be viewed as overly restrictive for satisfactory medium density development to take place.
“It is therefore argued that the proposed development should be considered an acceptable proposal as it is in keeping with the Plan objectives.”
The application claimed that the council had recently approved similar non-complying developments on the same basis.
“Recently, the adjacent property (DA52076/2017) has been approved for a multi-unit development with similar design, setbacks and site cover.
“This application relied on previous precedents, where the setback standards were not complied with in the Umina and Woy Woy areas.”
The three townhouses, costing $700,000, would replace a single brick house.
The first townhouse would include a side entry on the ground floor, which would also accommodate the kitchen, dining, living, master bedroom, laundry, guest toilet and storage.
The first floor would include a lounge room, three bedrooms, linen and bathroom.
A ground floor courtyard would be accessed from the living room and the townhouse would also have two covered car parking spaces in a double garage.
The second townhouse would have one less bedroom, all three bedrooms would be located on the first floor and there would only be a single garage attached.
Townhouse number three would have the same four-bedroom layout and the first.
The proposed development, according to documents provided in support of the application, does not comply with the Gosford Development Control Plan 2013 for ceiling heights and setbacks.
The 2.7 metre ceiling heights on the ground floor were described as a “minor departure” from the DCP.
The setback variances are of between 25 per cent and 40 per cent.
The developer has justified the variations by stating: “The proposal is in keeping with the DCP setback objectives, the LEP zoning objectives and Gosford Affordable Housing Strategy 2005.
“The proposed development will make available affordable medium-density residential housing for the community.
“The proposed setbacks are the most suitable solutions to the existing site constraints.
“The proposal will rejuvenate the site and complement the desired form, orientation and scale of surrounding properties.”
The documents submitted to Central Coast Council to support the construction of the townhouses also argued the proposed development was compatible with the predominant existing and desired character of the locality.