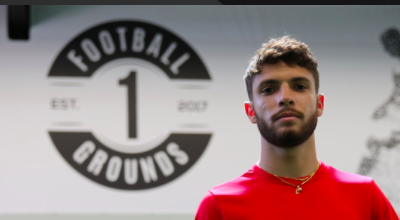 Danny Da Silva, a likely call up to the U23 AFC game. Mariners management not happy.

On Behalf of all Hyundai A-League clubs, the Central Coast Mariners can today advise media that the National Arbitration Tribunal have ruled in favour of Football Federation Australia, regarding their players being released for the under 23 representative team to take part in the AFC U-23 Championship 2018.

In short, this means that Football Federation Australia can select players for tournaments that sit outside official FIFA international windows, against the will of the players and clubs.

On 19 December 2017, the Hyundai A-League clubs lodged a National Arbitration Tribunal Application, calling on Football Federation Australia to adhere by FIFA regulations which state: it is not compulsory for clubs to release players for matches scheduled on dates not listed in the coordinated international match calendar.

The Hyundai A-League clubs accept the decision handed down by the National Arbitration Tribunal which has allowed Football Federation Australia to act against FIFA statues and practices that are applied globally.

All 10 Hyundai A-League Clubs will now consider seeking compensation from Football Federation Australia for the removal of their players outside of a FIFA international window.

The Mariners firmly stand by the belief: participation in the AFC U-23 Championship should be at the discretion of the club, in the best interest of the individual. For some players, this will mean remaining at their clubs, to showcase their skills alongside the very best in the Hyundai A-League.

“The Central Coast Mariners would like to take this opportunity to thank the nine other Hyundai A-League Clubs and their owners for working collaboratively to fight to ensure Football Federation Australia adhere to FIFA statues and practices that are applied globally,” Charlesworth said

“Ultimately, this is another body blow to the A-League and its fans, we’ll roll with the punches but someone has to be made accountable for the dwindling attendance and TV broadcast figures. Steven Lowy came to power saying that the A-league would become the FFA’s priority – the engine room for football in Australia. Quite clearly his priorities are elsewhere and that’s why a complete overhaul and structural changes in Australia are desperately required.

“We are passionate that a stronger A-League will result in stronger national teams, therefore anything that weakens the A-League must be challenged rigorously. The A-League should not play second fiddle to an under 23’s competition in China.

“The current structure discourages youth player development by clubs. It is clear that some A-League clubs are already signing experienced journeyman to avoid losing players at times that are outside of sanctioned FIFA windows.

“Surely, we, as A-League clubs, should be encouraged to sign the next crop of young up and coming Australian stars – not punish the clubs who are doing the right thing and developing young Australian players.

“It is up to the clubs, national youth teams and at times the PFA to work together with each individual player to ensure their best interests in their own development are managed to give them the best chance to be the best players they possibly can be.

“In some instances, you will find the clubs strongly encouraging players to attend camps and competitions outside of FIFA windows, but when the best thing for the player is to play as many games as they can against the very best in the A-League the process must allow them to do so.

“In terms of metrics, the game is at an all-time low. Rather than trying to make sure that everything possible is being done to get the A-League back on track the reality is that the FFA are attempting to pull 15 players from the A-League at the most crucial time of the season.

“The Mariners have produced the spine of the current Socceroos team but after this ruling, we will have to reconsider our mantra of giving youth a chance. It may no longer be commercially viable to invest in youth and lose the best young players without any compensation.

“The 10 Hyundai A-League clubs will now hold discussions and assess all other avenues in seeking compensation from Football Federation Australia for the removal of their players outside of a FIFA international window,” Charlesworth said.