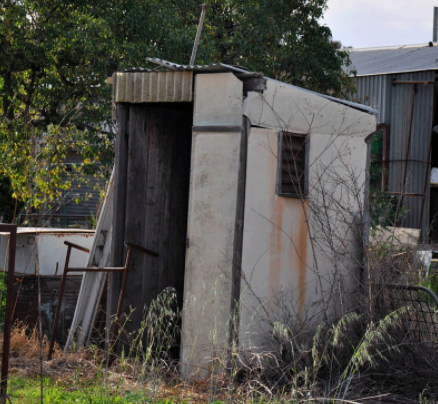 Central Coast Council chief Mr Brian Bell has been asked to report on best practice for asbestos disposal, amid calls for a tip fee waiver for small amounts and for lower asbestos tipping fees generally.

“Council has called on the Chief Executive Officer to provide a report on what other Councils are doing in this key area so we can model best practice and a progressive approach to this key issue,” said mayor Cr Jane Smith. “Any policy that is developed by Council will be subject to community consultation and we welcome their involvement in the process.” The council was told that Cumberland Council has recently offered free household inspections and free collection or disposal of small amounts of asbestos from residences during Asbestos Awareness Month.

The council will seek information from Cumberland and Parramatta Councils to inform the report. Cr Smith said Council was keen to raise awareness about the dangers of asbestos in the community and the best way to dispose of it that protects people and the environment. The council resolved to look for “a model for progressive asbestos removal”. The council decision came after independent Budgewoi Councillor Greg Best put a proposal at the Council’s November meeting to investigate free tipping for amounts of asbestos smaller than 10 square metres. Asbestos removal contractor Mr Tom Hudson said asbestos tipping fees were a major impediment to asbestos removal from Peninsula homes.

“They have got to put their fees down because people can’t afford it,’ Mr Hudson said of Central Coast Council’s $450 per tonne asbestos tipping fee. “I do a lot of work on the Peninsula area because there is a lot of asbestos there,” he said. “There is heaps of it left. “The fi bro houses were put up in the 1960s. “They were holiday homes and it was cheap to build with.” Mr Hudson said there was a good reason why it was suggested the Peninsula name its local football club the Fibros in those days. Mr Hudson said Central Coast Council’s disposal fees for asbestos are $100 higher than those of surrounding Councils and Sydney. “Of course a reduction of tipping fees would help because the people who own these houses are workers and when they want asbestos removed they are paying through the nose.”

According to Mr Hudson, completely stripping a small house of asbestos inside and out would cost between $4000 and $5000. “You do get some people who get on to the internet and look it up and try to remove it themselves but most people are well aware of the dangers of it.” Mr Hudson’s said his advice was that if a homeowner was not sure of the exact materials used. Asbestos was not completely phased out until 2003 so “have it tested”, he said. Asbestos removal was expensive because it was highly regulated, he said. “This is the most regulated industry in Australia. “We have Worksafe come out at any moment of any day so everything has got to be right.” Mr Hudson said he has to work with a hygienist to get clearance to make sure the job is done properly.

“The payments for transport, and the paperwork is phenomenal, you need an asbestos removal plan, a safe work method statements.” Doors have to be taped and sealed, an air monitor may be required and all surfaces need to be wet so the fibres do not become airborn, a safe entry and exit from the house must be designated and the operator will need a decontamination area and an emergency exit. “We use a vacuum cleaner, no brooms or brushes and we must have drop sheets for dust.” Mr Hudson said he believed most home owners were now aware the asbestos only became dangerous when it was cracked or chipped. “Huge amounts of dust can be created by possums, birds or rats,” he said.

“You just can’t turn up at the tip because they need advanced notice so they bring a water truck down in case you tip or crash the truck even though you’ve just come down the highway. “Every person who has an asbestos roof should have it painted because every time a stick comes off it or a ball bounces off it a bit breaks off.” Only asbestos waste generated in the former Gosford Local Government Area will be accepted at Woy Woy tip. Asbestos will be accepted at the tip by appointment only on weekdays between 7am and 4pm and on weekends between 8am and 3pm. Each load will be inspected before disposal and those that don’t meet requirements may be rejected. Council’s asbestos waste disposal guidelines divide it into three types.

Appeal for more Return and Earn machines on the Peninsula