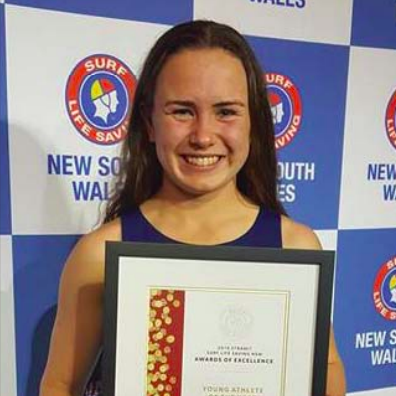 The Coast team finished the two-day competition with 976 points trailing Sydney Northern Beaches, Sydney and Hunter in the overall standings and just missing out on a spot on the podium. The team was boosted by the inclusion of Jemma, back on hand after Australian duty, and she relished the chance to be a leader despite her youth. “It’s always great to be able to come back and race for the Central Coast, definitely one of the highlights of my year to be part of the team and Inter-branch,” she said. “I really had to sit down and refocus on the week but I am really glad I got the chance to compete.” Jemma, 18, is excited about the youngsters coming through. “It is a bit strange looking down and seeing the O on my arm before I race and to not be a youngster, but I love training with the younger kids, not only from my own club but across the Central Coast and to hopefully lead by example. “There were quite a few from Umina who had the chance to pull on the Central Coast cap for the first time here this weekend, and it’s great to be a part of that,” she said.