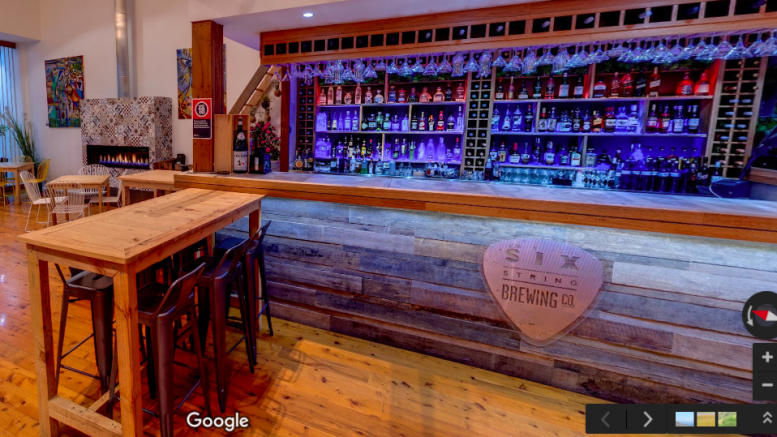 360 imagery or Virtual Reality is fast becoming a vital reality for a growing number of businesses on the Central Coast. Thanks in a large part to locally based 360 speciality photographer Marc Charette.

Marc is a Google Trusted Virtual Photographer, which gives him the ability to embed the 360° images and virtual tours into Google Maps. “Every once in a while I get someone asking me questions about Google that truthfully, I can’t answer factually.” says Marc before adding “there are however some trends and ideas that I think are worth thinking about for local businesses”.

Then Marc read this article by Michael Boland, it made him think the future of photo based navigation. It also reinforced his view that there are a few key factors that make high quality photos and virtual tours so important. Just look at what Google’s been up to with respect to photos. Not only do they have the world’s largest repository of regular photos, but they are the world’s largest host for a worldwide virtual tour better known as Google Street View.

Sponsored content – quotes and examples sourced from the page sponsor.

Local businesses across the region have been availing themselves of Marc’s 360° VR photography, where images are embedded into Google Maps itself, with some electing to embed their virtual tour into their own website, often with with an amazing set of enhancements. Some of the local businesses using the service can be found below. A more extensive list can be found on Marc’s website www.workpics.com.

360° enhanced Central Coast business locations are picking up thousands of prospective customers online and on mobile, as people increasingly look to the internet for locational data to validate their choice of business or simply to get instructions on how to navigate to the business.

Technology commentator ‘Digital’ David Abrahams says “I’ve followed Marc’s work for the last fews years and he’s providing a very real competitive advantage to his clients” adding “With every forth Google search relating to location that means maps and Google Maps in particular is possibly one of the most important business tools that exist today”.

As we can see using Virtual Reality 360° imagery is no longer a future technology application but something that almost every business can do today.

This article is Sponsored Content by WorkPics.com –  quotes and examples sourced from the page sponsor.