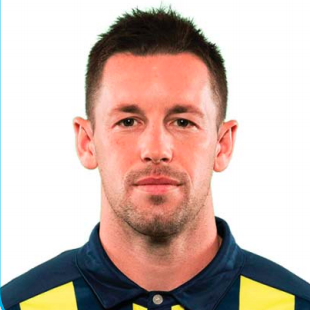 Blake Powell returning to fitness via the Youth League

The first round of the Foxtel Youth League has seen the Central Coast Mariners play out a 1-1 draw against F3 rivals, Newcastle Jets.
The Mariners had in their team, a variety of senior players who were able to gain valuable game time to improve their match fitness for future A-League clashes.
Josh Bingham, Trent Buhagiar. Blake Powell, Adam Berry, and Lachlan Wales, all started the match for the Mariners, however, despite these senior players making the starting line-up, they were unable to gain all three points.
After conceding first, the Mariners were able to hit back and equalise, thanks to Blake Powell, who scored from the edge of the box.
Wayne O’Sullivan, the coach of the Mariners Youth League team, says the focus on this season is on players much younger, to ensure the club can work with them over an extended period of more than just one season.
“About half of our players were on HSC duties for the first two and a half weeks of training, but in the last two and a half weeks, we’ve had everyone together, which has been good,” O’Sullivan said.
“We’ve gone about our business re-igniting the Mariners’ culture, I know that’s been a big driver from the Hyundai A-League squad.
“The goal has been to get players in so that we can work with them for an extended period of time.
“It’s really hard for young players to adapt overnight if you’re not used to training 4-5 sessions per week in a full-time environment.
“In four to six months, it could all be over before you know it, so with the inclusion of NPL and NYL, there’s a level of patience, so we’ve been instructed to look younger and we’ve done that,” O’Sullivan said.