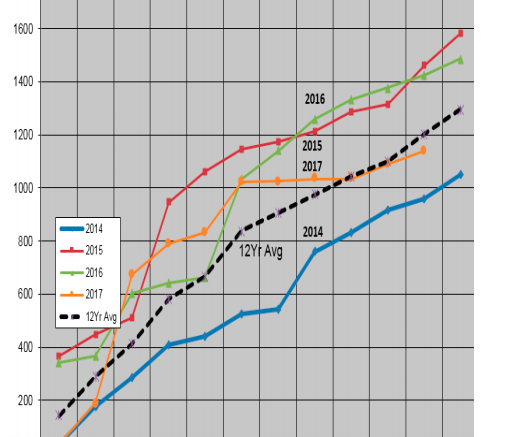 The promise of a wet November ran dry with only 0.7mm of rain falling between November 8 and 23.

During the first eight days of November, Mr Jim Morrison of Umina, recorded a promising total of 48.1mm of rainfall on the Peninsula. Since then the only rain recorded was 0.7mm on November 20. To date the total rainfall for November has been 48.8mm and that is 55.2mm below the monthly average of 104mm. As a result of the mid-November return to dry weather, the annual average rainfall for 2017 on the Peninsula is still tracking 5.5 per cent below average. Early November rainfall has still given the Peninsula a catch-up on previous months after July, August and September each totalling less than 10mm rainfall for the whole of the month.

9 cases and climbing on Central Coast