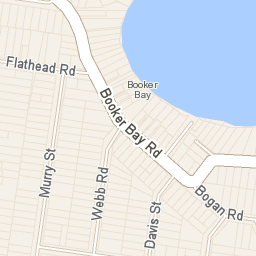 A group of Booker Bay residents believe they will be significantly disadvantaged by a council policy that is likely to prevent them having a planning proposal dealt with at a public Council meeting.
The proposal is to demolish an existing waterfront house at 372 Booker Bay Rd and replace it with a flat building consisting of four, two-storey units each with three bedrooms.
The Booker Bay residents who believe the proposed flat building would be completely out of character in their neighbourhood have written to newly-elected Councillors and presented a 100-signature petition but they are still not certain their grievances will result in the approval of the project being referred to a Council meeting.
Following the amalgamation of Gosford and Wyong Councils, the administrator of Central Coast Council adopted a policy requiring 50 substantive objections to be lodged before a proposed development could be referred to an ordinary Council meeting for debate.
Mr David Hewitt, who lives in the cottage between the site of the proposed flat building and the road said the developer had changed the plans after surrounding neighbours made seven submissions to Council.
“The drawings changed marginally but they are hardly any better and every landowner around the site is furious,” Mr Hewitt said.
“None of us objects to something going on there but this is a little over the top,” he said.
According to Mr Hewitt, residents heard about the proposal second-hand and not by council advising potentially-affected property owners.
He said he also had concerns about information he had received from Council officers over the phone, including the notion that setbacks in NSW Government planning regulations were “guidelines only”.
“I have waited three days for town planners to return my calls and I have spent $800 on a computer-aided design drawing to fix an encroachment onto my property,” he said.
Mr Alf Quinten, who purchased the house on the other side of the proposed flat building in December, said the proposal would “not be in keeping with what we have got here”.
“It took us two and a half years to find what we have got, a waterfront home.
“Every other resident in the area is a retiree and this commercial building will mean we do not have the serenity we have now.
“We have all put in submissions and so far we’ve just got an acknowledgement,” he said.
Mr Quinten said he agreed with his neighbour that the revised plans did not improve the proposed building.
“We think it is worse.
“We have been told it is not going to be any bigger than a large house but there is no other house in this vicinity with 12 bedrooms,” he said.
“The developer paid $2.2 million for a knock-down house and proposes to spend $958,000 on the flat building which is under the $1 million threshold where they would have to start making developer contributions to the Council,” he said.
Mr Quinten said, as a result of writing to the newly-elected councillors, the residents had received several helpful responses, including from Cr Richard Mehrtens and deputy mayor Cr Chris Holstein.
“The deputy mayor said he agreed with all our concerns and the proposal exceeded what should be built in this area but they promised no action other than agreeing with our concerns,” he said.
“When we delivered the petition to Council, we were given another set of revised drawings that we hadn’t received before and the deadline for submissions was October 25.
“We also had difficulty making submissions online by the deadline and the Council finally agreed it was a fault with their link but we did not get a deadline extension,” he said.
By October 25, 19 submissions had been registered with Council regarding the development.