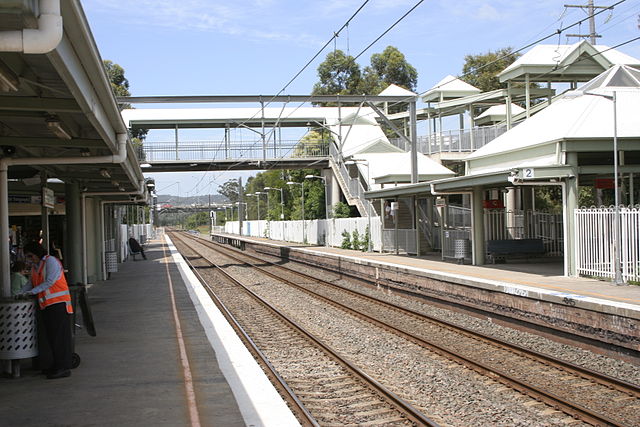 Northern Central Coast commuters have been left behind in changes to the Newcastle and Central Coast line timetable, that sees Warnervale and Wyee lose early morning services direct to the City, while Burwood has been added as a stop for some trains.
The new timetable will begin on November 26, and has left one of the largest growth areas in the state worse off, with less direct services at the beginning of peak time, according to Central Coast Labor representatives.
CC Labor said the 5:32am and 5:39am train from Wyee and Warnervale will now terminate at Gosford, meaning commuters from these stations will now have to transfer at Wyong or Gosford to get to the cityn adding more time to what is already a two hour commute.
“Warnervale is one of the fastest growing areas in the State, it already takes commuters two hours to get into the city, and this government just added to that,” Shadow Minister for the Central Coast, Mr David Harris said.
“Commuters are already frustrated, with their trains being used to transport passengers through the Inner west and North Shore.
“Cutting Coast stops and adding another in Sydney is just beyond belief.
“There seems to be a deliberate strategy to downgrade Warnervale station so they don’t have to deliver the long promised new station.”
“Residents living in the northern suburbs of the Central Coast have the furthest commute to Sydney of any residents on the Coast, and are sick of this government ignoring their needs,” Member for Swansea, Ms Yasmin Catley said.
Parliamentary Secretary for the Central Coast, Mr Scot MacDonald, said Warnervale and Wyee commuters still had the same number of services and the same journey time to the Sydney.
“While some customers will need to change trains on their way to Sydney, we are making evidence-based improvements that will benefit the majority of customers,” Mr MacDonald said.
“For example, we know that hundreds of Newcastle and Central Coast Line customers will benefit from quicker journey times with the introduction of a new fast service running between Newcastle and Sydney each weekday.
“We’ll continue to monitor Opal data and customer feedback to help us make further improvements that meet the needs of the majority of our customers,” Mr MacDonald added.