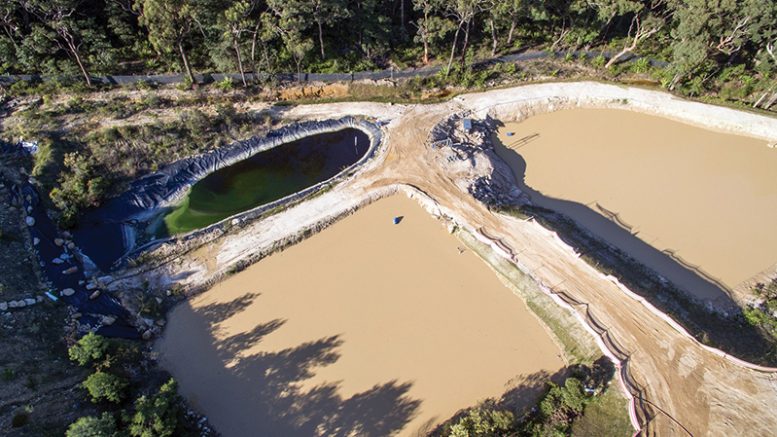 Expressions of interest have been invited to fill community stakeholder positions on the Central Coast Council’s new advisory committee to look into the Mangrove Mountain landfill and illegal dumping at Spencer.

The Committee was established by Central Coast Council at its October 9 meeting and appeared to be established in the spirit of nimble action to deal with community concerns about the landfill and illegal dumping.

Central Coast Mayor, Clr Jane Smith’s Mayoral Minute that led to the creation of the Committee required it to hold a meeting within one month of being formed.

However, three weeks after the Mayoral Minute, the Committee’s membership has not been confirmed and it is yet to meet.

Community stakeholder membership has been capped at four, whereas Council representation already sits at six, with the potential for more members to nominate, following debate at the October 23 Council meeting.

Other Councillors who wish to sit on the Committee have been invited to nominate, and community stakeholders need to go through an expression of interest process.

Clr Smith said there was a great deal of concern in the community in relation to the serious allegations raised in the media relating to waste issues on the Central Coast, and the committee was an opportunity for interested members to be proactive in bringing these issues to light.

“The purpose of this committee is to bring all the parties to the table to assist the Council to resolve these issues in the best interests of the community and the Central Coast,” Clr Smith said.

“The community wants to see action on these issues and this is a chance for interested community members to be actively involved.”

Membership will be on a volunteer basis and no fee or costs will be paid to community stakeholder members of the committee.

At the October 23 ordinary meeting of Central Coast Council, Clr Smith said it had become apparent after the October 9 meeting, that in order to progress the committee, Council needed to make appointments.

Clr Smith put forward a proposal to request the CEO, Mr Brian Bell, to call for expressions of interest for community members and report to the last meeting of the year.

She said she believed it had been appropriate to invite the Councillors from the Gosford West Ward, as the issues surrounding Mangrove Mountain and Spencer occurred in that ward.

Clr Kyle MacGregor said: “I respectfully request that particularly as this is an issue that effects everyone…you allow for other Councillors to indicate that they would like to be able to be part of this as well.”

Clr Doug Vincent added that most other Committees being considered by the newly elected Council had membership open to all Councillors, and that placing a limit on the number of Councillors allowed to join this committee meant that “the ability for transparency diminishes.

“It should be an open committee where Councillors can attend with voting rights.

“It gives the community and this chamber more confidence that this committee is working towards an outcome for rate payers,” Clr Vincent said.

On October 23, the meeting resolved that other Councillors interested in joining the Committee could apply to do so.

Clr Smith said she suspected that the number of community positions available on the committee could be varied from the advertised four.

“I suppose what I am very mindful of is that we need a committee that can function and a very large committee may have difficulty achieving outcomes,” Clr Smith said.

“The number four is not necessarily set in concrete, but when you take into account the number of councillors, plus staff, you want to make sure it doesn’t become unmanageable.

“I believe there will be a chance for other stakeholders to become involved.

“My feeling is that staff are very clear about what I and other Councillors want to achieve at that committee.”

According to Clr Smith, the intent is for the committee “to provide the advice about the outcomes that Council wants to see at both those sites.

“Staff are drafting terms of reference to go to the first meeting and they will need to be adopted at Council.”

Details of the selection criteria and how to submit an application can be found on Council’s Engagement Hub (yourvoiceourcoast.com) and the closing date for applications is 5:00pm on Friday, November 10.

When she presented her October 9 Mayoral Minute, Cr Smith said: “There are ongoing investigations by Council and external agencies relating to Mangrove Mountain landfill and alleged illegal dumping at Spencer, and these important legal processes must continue,” she said.

“By establishing this Committee, we are ensuring that we are doing everything we possibly can to bring all the parties to the table to resolve these issues in the best interests of the community and the Central Coast.

“Most importantly of all, all activities will be publicly reported to Council to ensure that the community is kept up to date on the progress of this Committee.”

Ms Joy Cooper of Green Point spoke against the adoption of the Mayoral Minute at the October 9 meeting.

“It is my belief that Mangrove Mountain Landfill (MML) is far more serious than to only have a Council advisory committee investigate,” Ms Cooper said.

In particular, Ms Cooper raised concerns that any former Gosford Councillors chosen to join the committee could be seen as “obstructionist to the course of justice, and likewise former staff”.

She was also critical of the absence of reporting and action timeframes, and questioned what powers of investigation and evidence taking such a committee would have.

“The land was formerly owned and in the custody of one of the three oldest RSLs in the State, and it is my belief that the current body investigating the RSL should also have this matter referred to them.

“It also needs to be noted that the residents of Gosford have been informed by the former CEO, that the MML has been referred to ICAC.

“Has this investigation occurred and what has been the outcome?”

Dr Stephen Goodwin from the Mountain Districts Association (MDA), spoke in favour of the Mayoral Minute, and said MDA did not oppose Deputy Mayor, Clr Chris Holstein, being on the committee.

“I believe that he has gone on the record admitting his mistakes and is willing to work with the committee for a resolution,” Dr Goodwin said.

He said MDA had been able to access large amounts of information due to the expertise of former Gosford Council employee, Mr Gary Chestnut.

“Mr Chestnut’s integrity is unimpeachable and we would urge Council to invite Mr Chestnut onto the committee as an appropriate independent expert,” Dr Goodwin said.

“The election of the new Central Coast Council has raised expectations that resolution of the Mangrove Mountain Landfill issue may be closer to fruition,” Dr Goodwin said.

“MDA was impressed that the first item of business of the newly-elected Central Coast Council was the formation of an Advisory Committee to investigate, report and act on issues relating to the Mangrove Mountain Landfill,” he said.

“MDA hopes that it will be invited to participate in the Advisory Committee and looks forward to sharing information with others in discussions about a way forward.

“We are encouraged to have the opportunity to meet with both elected Councillors and Council staff to discuss Mangrove Mountain Landfill.

“At the outset, the Advisory Committee can provide a forum to brief new Councillors.

“While the complexity of this issue has resulted to date in the staff of the newly amalgamated Council proceeding cautiously, MDA can now have greater confidence in some more positive outcomes.

“There are a number of outstanding issues that hopefully will be raised at the Advisory Committee when it meets.

“These range from the unresolved development consent issue, which Council, as the consent authority, has responsibility for, to consideration of support for the call for a Special Commission of Inquiry with the NSW Government.

“Most importantly, Council is surely aware that given its significant part in creating this environmental and public health mess, it has a responsibility to resolve this matter and make restitution to the community,” he said.

“MDA has long issued a warning to Central Coast Council about the risk of the existing waste mound to the catchment, groundwater and creek system that feeds into the regional water supply.

“Council should not be reassured by the EPA’s claim that there is no evidence that the landfill is affecting ground or surface water quality.

“This statement made by the EPA’s former Executive Director for Waste and Resource Recovery, Mr Stephen Beaman, is not supported by the data presented for review, and MDA has disassociated itself from it.

“The issue to focus on is the future risk of the existing waste mound to the environment and water catchment.

“This risk will remain so for decades to come, unless Council and the EPA do something now.

“As a major contributor to the problem that is Mangrove Mountain Landfill, Central Coast Council has a moral obligation to take prompt action to right the wrong before it sees itself in another ABC Four Corners program as the Council that was given a warning and failed to act.

“It is a regional water supply at risk this time.

“The cost to close and remediate the site would be far less than the alternative.”

During the debate of the Mayoral Minute, Clr Kyle MacGregor sought to move an amendment which successfully changed the structure of the committee, including the removal of a specific requirement in the original Mayoral Minute to have the Deputy Mayor as a member.

Clr MacGregor’s amendment also called for the committee not to “consist of any Councillors or staff who had oversight of any alleged illegal tipping or waste activities at either Spencer or Mangrove Mountain.

“I think it is a basic expectation of the community that this is done in the most open and transparent way possible,” Clr MacGregor said in opening the debate about his proposed amendment.

“I think it is extremely important we have a degree of separation here, you don’t want the vampire running the blood bank,” he said.

“I believe we need to have independence here, so if you support the general direction of having a committee, the most important thing is that this is done properly,” he said.

Following suggestions from Clr Smith about the makeup of the committee and the problems that could occur if all former Gosford Councillors and staff were excluded from its membership, Clr MacGregor agreed to a rewording of his amendment which was then carried.

The Mayoral Minute did not require a seconder and the motion was carried unanimously.

However, the structure and membership of the Committee has been altered since the October 9 Council resolution.