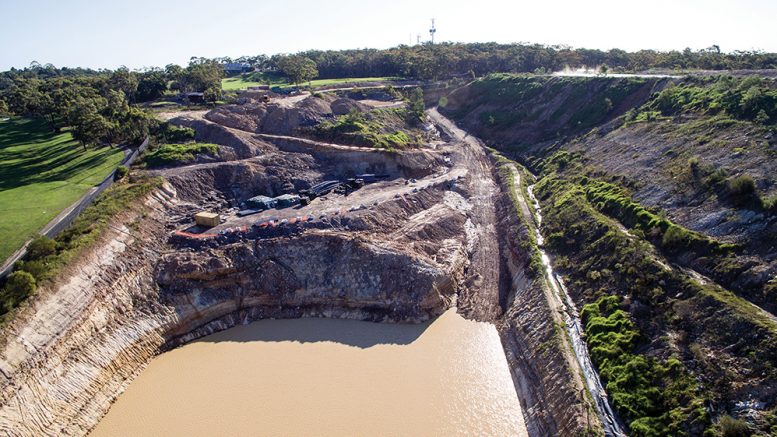 A Nature Conservation Council Award for the most outstanding environment group has been won by the Mountain Districts Association (MDA).
The Group Award is given annually to a Member Group of the Nature Conservation Council (NCC) that has demonstrated outstanding commitment and success in the conservation of the environment in NSW.
In presenting the award, NSW Shadow Minister for the Environment, Ms Penny Sharpe, said the MDA had been campaigning for more than two years to have the massive landfill at Central Mangrove closed and remediated.
This campaign, in part, led to the dramatic Four Corners exposé of the waste industry aired on the ABC in early August.
The Four Corners crew spent weeks interviewing members of the MDA who were researching the issue, and had film crews and helicopters on the Mountain in the lead up to the story.
The landfill site, which was originally approved to take 80,000 cubic metres of excavated material, now contains an unapproved mountain of 800,000 cubic metres of waste, and Land and Environment Court approval for a further 1.3 million cubic metres, sitting in a watercourse that is part of the water supply for the Central Coast community of more than 300,000 people.
A Freedom of Information search by the MDA found that, while the former Gosford Council had allowed the operator of the landfill to exceed the original 80,000 cubic metres by 10 times, it had, itself, contributed to the non-compliance by transferring more than 120,000 cubic metres from its Woy Woy and Kincumber waste management facilities to the Central Mangrove site.
In August, the MDA presented a submission to the Berejiklian State Government requesting a Commission of Inquiry into the waste facility.
This submission presented documentary evidence of the statutory failures of both the Environment Protection Authority and the former Gosford Council’s management in the regulation of this landfill.
Member for Gosford, Ms Liesl Tesch, said she congratulated the local group, and paid tribute to their hard work.
“Our community know what they want to see happen, and they go for it,” Ms Tesch said.
“We have some great fighters here on the Coast that stand up every day to protect our local environment.” she said.