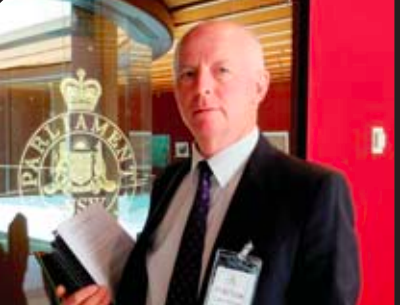 The Mountain Districts Association (MDA) has received the Community Group Award for 2017 from the Community Environment Network (CEN).
“We are honoured to be recognised by a group as esteemed as the Community Environment Network,” said MDA spokesperson, Dr Stephen Goodwin.
The award was given to MDA for being the “most outstanding community based organisation”.
Dr Goodwin said MDA realised that the award did raise expectations that the group would be successful in its campaign to stop the reopening of the Mangrove Mountain landfill and to have the site remediated.
He said MDA was now looking forward to participating in the Central Coast Council’s advisory committee on the Mangrove Mountain landfill and alleged illegal dumping at Spencer.
MDA had two outcomes it wished to press for, Dr Goodwin said.
The first was to continue the fight for a NSW Government Commission of Inquiry to unearth all the facts behind how the landfill expanded beyond the bounds of its Environmental Protection Licence and Council development consent.
“Council can support that call, we would like to see Central Coast Council get behind the need for a Commission of Inquiry,” he said.
“We would then like to see all the environmental risks eliminated from the site, and the Mangrove Mountain golf course restored to an 18-hole course,” he said.
Central Coast Council has made provision for the new advisory committee to run for three years, and to hold up to four meetings per year.
“There is no reason why that committee can’t conclude its business in 12 months,” Dr Goodwin said.