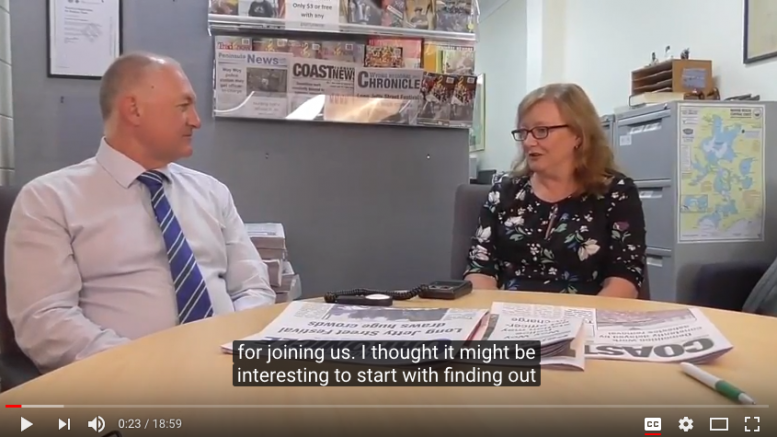 How did the NSW Shadow Minister for the Central Coast, Mr David Harris, end up in the NSW Legislative Assembly not once but twice?

“I have been involved in politics since I was about 12 years old,” said Mr Harris in Central Coast Newspaper’s latest video news interview. Mr Harris said he was brand new to the position of Principal at Kariong High School the fi rst time he was given the opportunity to stand for parliament. History repeated itself when, after losing his seat in the 2011 NSW election, he was asked to nominate again but was enjoying his role as Principal of Point Clare Public School.

Having sat on both the government and opposition benches, Mr Harris said: “Since I’ve been back, I think it’s in your blood, you can’t help yourself.” Mr Harris, as Shadow Minister for the Central Coast, said of the Central Coast Regional Plan 2036: “The Central Coast has had a lot of plans, 10 plans in 12 years or something like that. “One of the problems is we have to get a plan and stick to it because when it changes all the time it sends signals and often the wrong signals to people. “

We have to say what land needs to be conserved and what land needs to be developed so that everybody knows what the rules are. “The Central Coast plan is good so long as people stick to it.” Mr Harris gives his views about the NSW Government’s population targets for the Central Coast and how the infrastructure, services and jobs will be put in place to ensure that population is serviced.

The complete video news interview with Mr David Harris can be seen at coastcommunitynews.com.au/video-news/