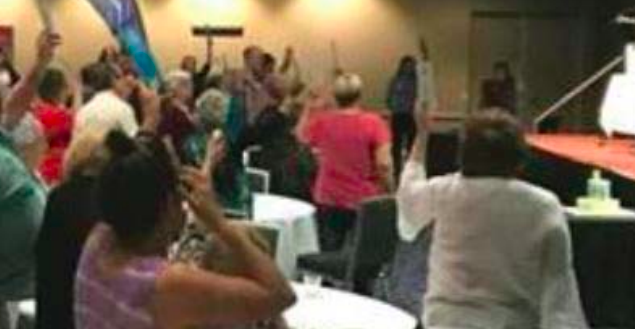 Central Coast grandparents are the latest group to support a national campaign urging governments to extend support for young people in foster and kinship care until they turn 21.
Delegates at a Grand Matters forum in Tumbi Umbi on Friday, November 17, voted on a motion calling on governments around Australia to give all young people in state care the option to remain in care until they are 21, instead of the current age of 18.
More than 100 grandparents, who are raising their grandchildren under kinship care arrangements, attended the forum, organised by Central Coast Family Support Services.
Central Coast Family Support Services Manager, Ms Amber Gunn, said the forum had encouraged grandparents caring for young people in kinship care arrangements to throw their support behind the Home Stretch campaign.
“Grandparents, who have already made a huge sacrifice to care for their grandchildren as kinship carers, are left high and dry when state support for kids is cut on their 18th birthday,’’ she said.
“We know that grandparents will continue to do as much as they can to keep a young person safe and secure in their home and will take on the full cost themselves.
“Meanwhile, at a time when many are approaching retirement age, they face a further financial burden when their support from the government is cut and they lose access to vital services.’’
Ms Gunn said the Government’s decision to withdraw support was also completely at odds with community trends, where most young people stayed in the family home well into their mid-20s.
“Young people in kinship care deserve the same opportunities as other young people in the community,’’ she said.
Home Stretch Chair, Mr Paul McDonald, said he welcomed the Central Coast group’s support for the campaign.
“Each year the NSW Government withdraws support from 1,200 young people who have been in foster, kinship or residential care on their 18th birthday,’’ he said.
“Research tells us that within a year of leaving care, half will go ok but the other half will be homeless, in prison, unemployed or become parents themselves.
“If we extended state care until the age of 21 for those who needed it, we would keep a roof over young people’s heads and give them the support they need to stay engaged in education and work.
“We would also halve homelessness and significantly decrease government spending in other areas such as arrests, alcohol and drug dependence, and hospitalisations.”
Mr McDonald said extending state care was the right thing to do and would also save governments money in the long run.
The NSW government would save an estimated $2.57 for every dollar spent on extending state care.