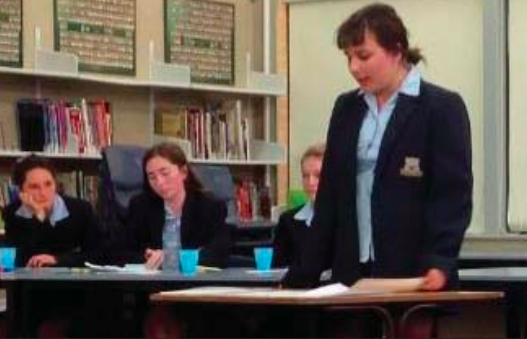 Gosford High School’s Year 10 debating team have won the Regional Final of the Premier’s Debating Challenge.
The Gosford High School team qualified for the final after clinching their local competition and being named the Central Coast Zone series champions.
They went through the preliminary rounds undefeated.
On September 1, the team, comprised of Georgina Buckmaster, Emily Garnett, Sophie Baxter and Trinity Stockwell, travelled to Lambton High School to contest the Regional Final against arch rivals, Merewether High School.
“They rose to a significant challenge and all spoke with impressive poise and substantial arguments,” Principal, Mr Tony Rudd, said.
“The team argued against the topic that arts and music subjects should be replaced by more science, proving once and for all that creativity is more important than facts.
“After debating together since Year 7, the team should be very proud of their achievement and are a credit to the Gosford High School community,” Mr Rudd concluded.