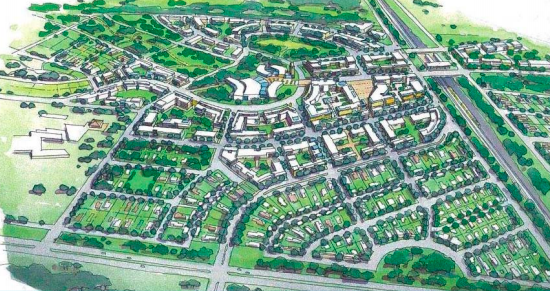 A community meeting will be held at Warnervale on November 9 to discuss the need for infrastructure in the area.

Member for Wyong, Mr David Harris, said he decided to hold the meeting to give residents an opportunity to voice their concerns about roads, the non-existent promised Warnervale Town Centre, the need for a new high school and a new train station. In the 1980s, Wyong Council was planning Warnervale City. That was eventually downgraded to Warnervale Town Centre and, according to Mr Harris, he’s recently heard it referred to as “Warnervale village”.

The majority of the 75,000 additional people the NSW Government expects to house on the Coast by 2036, will be living in the North Wyong area on 45,000 new housing blocks, but Council and the State Government have not spent money on the necessary infrastructure. Mr Harris said he had witnessed escalating frustration from residents who were seeing residential development in the area with no provision of infrastructure. “We have been monitoring the things that have been going on in Warnervale since 2007,” Mr Harris said. “With 4,000 new housing blocks coming on line, there is pressure on the roads, and we have been noting a growing sense of frustration,” he said. Mr Harris conducted a survey of residents, and their top three concerns, in addition to roads, were the town centre, a new high school and the promised railway station.

“Warnervale Rd is getting cut up at the western end because of the trucks using it from Minnesota Rd. “Council doesn’t want to spend money on the road until all the development is complete but that could be 10 or 15 years away. “Council tells each developer that they are responsible for the road out the front of their development to the middle of the road, and that is resulting in a patchwork. “Traffi c is generated by Lakes Grammar, the primary school, the playing fields and public buses. “It is one of the worst roads I have driven on,” Mr Harris said. He said he believed information gathered at the community meeting would enable him to go back to Council and the NSW Government and demonstrate the need to speed up infrastructure delivery.

“I have spoken to the Minister for Housing and Planning, Mr Anthony Roberts, and he has told me that the NSW Government has a housing acceleration fund available that Council could apply to but not one single application has been made, while Councils in the North West and South West of Sydney are actively applying. “There is still no town centre, still no train station. “I put a question on notice a month ago about the train station and they said they were still going to build it, but were monitoring demand. At the same time, they have cut another morning peak service from Warnervale Station, so if the trains don’t stop, it will be easy to say there is no demand.” He said the meeting would be an opportunity for residents to get more information about some of the things that have been put in place. “The DCP for the Northern Wyong Structural Plan was updated in 2015, and includes the sewerage linkages and the new intersections, but people don’t know about it. It will be held at the Warnervale Regional Uniting Church from 6:45pm.