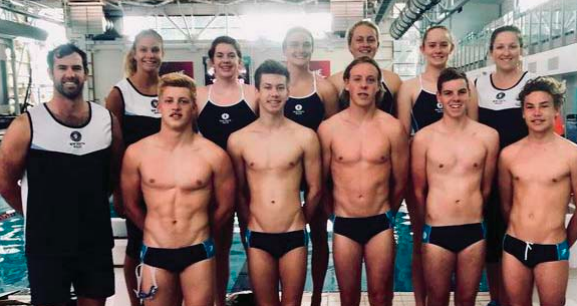 Umina Surf Life Saving Club’s Bronte Smith has returned with medals as an under- 18s competitor representing NSW at the 2017 New Zealand Pool Rescue Championships in Auckland held on October 13 to 15.

Smith, with teammates Emily Doyle, Chantal Luxton and Phillipa Emery, had a successful competition as they secured gold in the Under-19 Women’s Manikin Relay and a further two silver medals in the Obstacle and Medley Relays. Smith and Doyle again teamed up in the Line Throw Event where they again got to stand on the podium with a well-deserved silver medal for the fourth time of the weekend.

The nine-strong-team NSW Under-18 Pool Rescue development team competed as part of an annual tour. The team returned home with seven medals, including two gold, three silver and two bronze, from the three-day competition. “The young team did really well participating in, what was for most of them, their first international competition and I am sure that having this race practice will hopefully lead to further success in the future,” said team manager Mr Blake McCrindle.

Local reserves among 43 projects to benefit from developer contributions