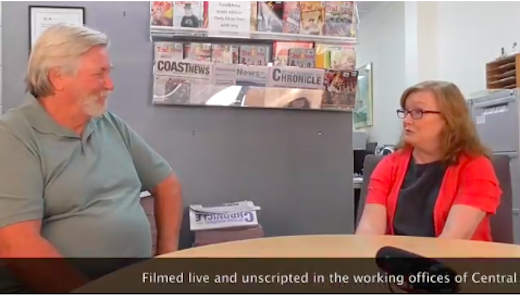 The extent of PFAS and PFOS contamination at the Munmorah and Colongra power station sites remains unknown, according to Mr Gary Blaschke, spokesperson for the Northern Lakes Disability Tourism Precinct.

with Wyong Regional Chronicle senior journalist, Jackie Pearson, Mr Blaschke said he believed the studies being carried out on the site were too slow.
“We don’t know to what extent the PFAS is there,” he said.
“They are currently carrying out studies which I believe are too slow.
“They are doing fish testing in Lake Munmorah and Budgewoi Lake to find out if the fish have been affected.
“It’s serious enough for the site operators to put out letters to local people in Buff Point to say if you’ve got a bore, don’t use the water from the bore,” he said.

Filmed in the offices of Central Coast Newspapers in Gosford CBD

Fishing bans in place around Budgewoi Creek and Lake