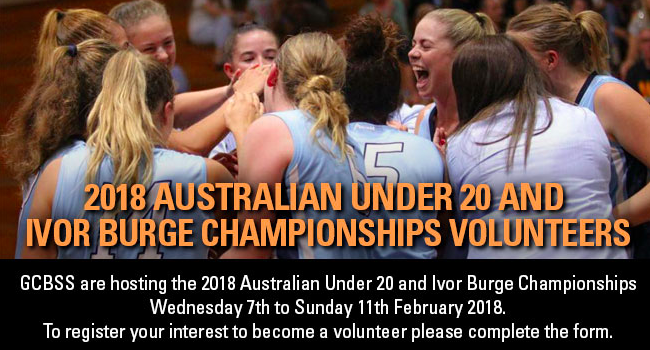 Under 20s basketball championships will be held in Gosford

Gosford City Basketball and Sports Stadium is facing one of its busiest times of the year, with many major events coming up.
Experienced basketball player and referee, Mr Matthew Skinner, joined the basketball association in October as General Manager, and will be the leading organiser of the coming events.
“February 7 to 11 will see Gosford City Basketball hosting the Australian Under 20 and Ivor Burge Basketball Championships for persons with an intellectual disability, bringing some of the brightest young talent from around the country to the Central Coast,” said Mr Skinner.
“The Under 20’s and Ivor Burge are really quite special tournaments, as you’ve got some of Australia’s most exciting young basketball talent, as well as the inspirational play that comes from the Ivor Burge teams,” said Mr Skinner.
With nearly 25 years of experience in basketball as a referee, player, coach and administrator, Mr Skinner said he had seen a lot of change over his time in the game.
“Our game is growing at a phenomenal rate on the Central Coast.
“We’ve now got over 2,100 members playing here at Terrigal, which means that most nights of the week, we’ve got all four courts running,” he said.
The team at Scholastic Sports Stadium doesn’t just stop at basketball though, with netball, volleyball, futsal and school sport being played on a weekly basis.
During the day, they also host various activities for children aged two to five, such as: Ready, Steady, Go Kids; Little Kickers; Little Rugby; and, dance and tap lessons.
“As a kid who grew up having my summer holidays at Avoca Beach, it’s great to come back to the Central Coast region and to get the opportunity to be a part of our community here,” he said.
The Sports Stadium will also be hosting their annual pre-season basketball carnival, the Coastal Classic, on February 3 and 4 for Division 2 teams, and on February 24 and 25 for Division 1 teams.
Teams from the Sydney metropolitan area, Newcastle, Maitland and the mid North Coast, will attend to test themselves before the NSW State Junior Leagues get underway in March.
March 3 will see the commencement of the Molten Waratah Eastern Junior League and March 10 will see the commencement of Molten Waratah Basketball League.