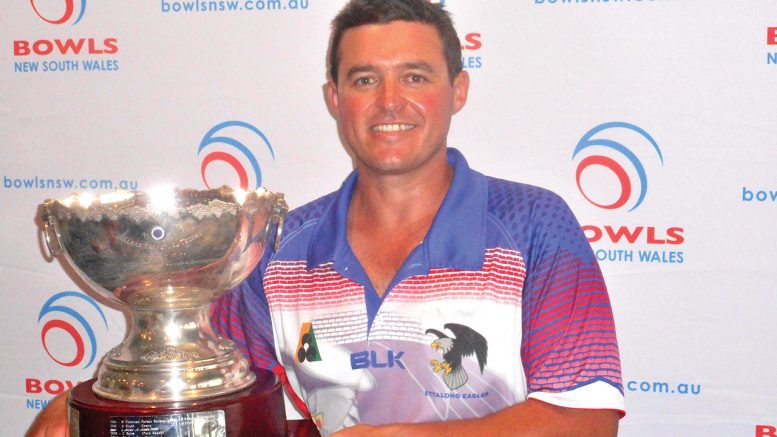 A proud and relieved Aaron Sherriff holds up the silverware