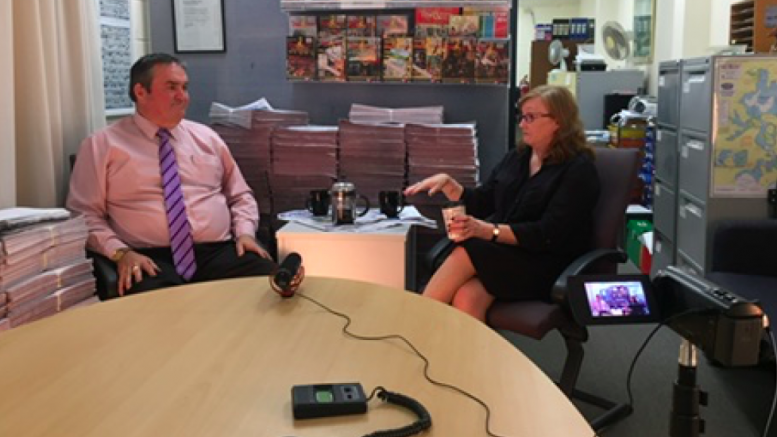 Some people have reportedly asked Clr Chris Holstein if he was now a member of the Greens due to recycling himself back into public life, he laughed broadly.

Clr Holstein was elected a councillor for Gosford West Ward, that encompasses the Woy Woy Peninsula.

He also managed to convince a majority of councillors that he should be the Deputy Mayor.

Clr Holstein is a semi permanent regular at his family’s cafe at Woy Woy, talking with all manner of people about local issues and often defending his own record while both Gosford Mayor or the local State MP for Gosford.

Clr Holstein says he was a fan of the amalgamation process for a range of reasons, he saw great opportunities for this region to be supported by other levels of government.

In this brief Coast Community News exclusive video interview Clr Holstein explains why he couldn’t vote for party politicians in the mayoral vote.

He talks of his 20 years political experience and how this will be a good thing for the newly-elected councillors.

Our video interviews are part of our commitment to bringing our readers a new, complementary way of reporting local community news.