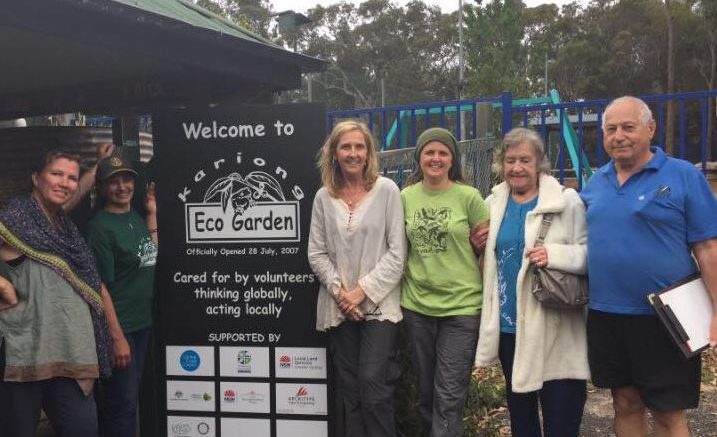 The Kariong Eco Garden is calling on community members to sign a petition calling on Central Coast Council to Establish an Urban Forest Strategy for the Central Coast.
The petition was started by the Grown Urban Shade Trees (GUST) group and has, as of October 16, amassed 581 signatures towards its goal of 1,000.
“Since the introduction of the NSW Government’s State Environmental Planning Policy (SEPP) Affordable Housing 2009, the Central Coast has experienced unprecedented loss of mature trees in front and back yards,” the petition read.
“For every granny flat that goes up, mature trees are coming down, yet Central Coast Council is doing nothing to offset the devastating loss of shade and habitat.
“A growing number of cities (for example, City of Sydney, Perth and now famously, the City of Melbourne) are prioritising proactive tree planting and shade production in their town planning by publishing Urban Forest Strategies, yet the Central Coast, an area experiencing some of the most rapid population growth in NSW, still does not have formal shade production and green space targets.
“Moreover, the council has recently stopped providing residents with free native trees, something it has done for decades.
“Following years of a passive (some would argue, retrograde) approach to managing existing trees, including a lack of any strategic plans for succession planting and carbon offsetting, Central Coast suburbs are gradually becoming hotter, drier and more barren.
“Pedestrians, primarily children, mothers with prams and the elderly, are met with shade-less streets which on a summer day make the simple pursuit of walking an unbearable task.
“Newcomers to the Central Coast are often heard remarking at the lack of shade, and the absence of atmospheric tree-lined streets in shopping strips and urban spaces.
“In an area known for its National Parks and world-class beaches, the back streets of Central Coast suburbs present a stark contrast,” the petition read.
“We know that granny flats and multiple dwelling developments, much-needed affordable housing options for many, are here to stay.
“What we urge the Central Coast Council to acknowledge is that as the population becomes denser, and larger homes and less green space become the norm, unique stresses are being placed on our suburbs.
“Planners and policy-makers can no longer ignore the requirement for strategic policies and programs to not only increase the retention of existing hardy trees, but to proactively add to the urban canopy to ensure shade for the future.
“We call on Jane Smith and the new Central Coast Council to act now to establish policies and guidelines to prevent unnecessary tree removal and to promote proactive tree planting in suburbs, parks and nature strips.
“We urge you to take the steps needed to ensure that Central Coast suburbs are vibrant and liveable places now, and in the future.
“Many, many cities already have Urban Forest Plans which formalise the value and benefits of trees as community and environmental assets worthy of protection and promotion,” the petition stated.
An urban forest is broadly defined as the collection of green spaces, trees and other vegetation that grows within an urban area, on both public and private land.
It provides a range of social, environmental and economic benefits that are intended to enrich the quality of urban life.
The petition can be found and signed through Change.org
In their own attempt to get Council thinking about the future of the region’s urban canopy, The Eco Garden is hosting a special event outside Gosford Council Chambers on October 23.
The Eco Garden will participate in the Council of Trees event, which encourages all environmentally conscious residents to visit Councillors and express their concerns with a twist.
The Eco Garden will be in attendance dressed as trees, with homemade signage and with photos of their favourite local flora.
“Let’s gather to show our love of local trees,” members of the Kariong Eco Garden wrote on the group’s Facebook page.
“We will invite the Councillors to have a photo with us before their meeting and make sure they know how much our community loves trees (and smaller plants and the animals that live in around and under them).
“We even have a special guest, The Lorax.
“This will be a family friendly creative gathering.
“The Council meeting is open to the public and starts at 6:30pm.
“We hope that trees will be on the agenda.”
The group will gather outside Gosford Chambers from 5:15pm.