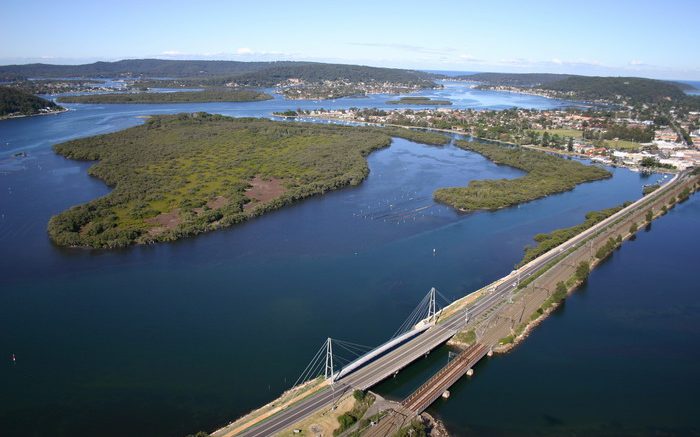 The Peninsula Tourism Committee has called on the Central Coast’s new tourism marketing and industry services agency, Affinity, to organise packages and campaigns that will specifically support tourism on the Peninsula.

The committee is a sub-group of the Peninsula Chamber of Commerce and includes Mr Larry Altavilla from the Ettalong Beach Tourist Resort, Mr Bill Jackson from the Ettalong Diggers Memorial Club, Ms Sue Fowler from Woy Woy Deep Water Plaza and Mr Justin Sheppard from the Ocean Beach Tourist Resort. Committee chair Mr Altavilla said he had not had any direct contact from Affinity since their appointment in June but he was looking forward to their first Tourism Industry Update due on October 24. Affinity Partnership, a consortium of three organisations, was awarded a two-year contract by Central Coast Council with an annual budget of $800,000 and an official start date of July 1.

The new group replaces Central Coast Tourism, which had been responsible for promoting the region, jointly funded by the former Gosford and Wyong Councils, for over 20 years. “We want to see that money being spent on promotion and that, in turn, will deliver more people to stay in our resorts and visit our area,” Mr Altavilla said. Mr Altavilla said he used a mixture of online promotion, referrals and direct marketing to existing clients to ensure a low vacancy rate at his own venue.

“The Affinity promotions have to be along the same lines as what we do but with other mediums including television and radio advertising,” he said. He said he did not believe region-wide promotions of the Central Coast would help the businesses on the Peninsula who depended on strong spending from holiday makers and day trippers throughout the year. “I think the marketing will need to be segmented by micro locations to get the full effect,” he said.

“They are engaged to represent the Central Coast but their efforts will be fragmented if not focused on geographical areas by doing packages and campaigns around those areas.” One segment of Affinity’s first Tourism Industry Update will be the announcement of a new industry services program. Mr Altavilla said, if Affinity wished to get support for the program from the Ettalong resort, it would need to “basically establish and identify the market and how they will deliver results and that would mean delivering an audience and get people coming to our business and our venue,” he said. “It was very hard to measure results when Central Coast Tourism was on board because it was all about justifying each of their positions.

“Our core business is midweek over 50s packages and day trippers who mainly come from Sydney, Newcastle and the Hunter Valley. “New promotions to Sydney’s Northern Beaches would be a good idea so they can get on the ferry and come directly to our area but I don’t think there is any need to do marketing further afield,” he said. Mr Altavilla said he would be prepared to give Affinity time to settle in to the role before expecting measurable results from any of its strategies or campaigns. “Any new organisation coming in to a new role needs at least 12 months before it could produce results or even produce a strategy to have ready to put in place. “The first thing it needs to do is consider who is going to want to come and stay,” he said.

This article appeared in The Peninsula News print edition and online at peninsulanews.info

Ward boundaries could be in breach of Local Government Act