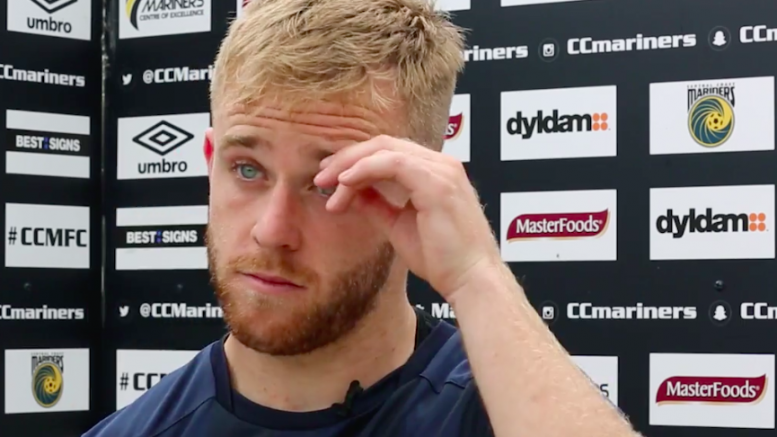 In a pre match interview he expressed his disappointment with last week’s away game to Perth Glory, saying the Mariners should have scored more goals early on in the game when they had a clear upper hand.

Pain, who has at times appeared frustrated at the Mariners last season, yet now is fast becoming the team’s prime play maker. He is known for opening up opportunities down the left side for his team mates at every game,  placing some brilliant cross balls into the box.

Connor Pain started his A-league career at Melbourne Victory back in 2013, transferring to the Mariners in June 2016. He has previously played for the U20 Socceroos team and famously played against Liverpool in 2014 when they visited Melbourne for a massive exhibition match.

The Mariners team appear in good physical shape right up to the final whistle, though have struggled with fast moving defensive play from their opposition.

The weather forecast for Sunday is to be over 30 degrees, something that will challenge the hard working Mariners’ players.

Fans will notice the distinctive yellow striped playing strip exchanged with a now familiar pink outfit for what is dubbed “the Pink round” by the club that is specifically supporting breast cancer research charities on game day. Fans will be encouraged to donate their loose change at the gates on Sunday.

The game kicks off at 7.00pm in Gosford at the picturesque Central Coast Stadium. Keep an eye out for Connor Pain in the number 11 jersey.