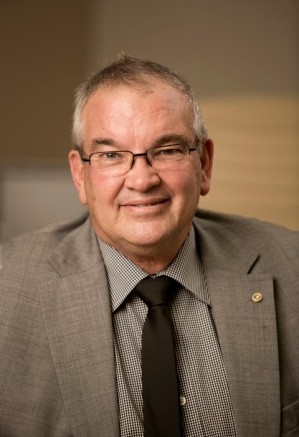 Mr Ward passed away peacefully on Friday, September 1. He had been diagnosed early in 2017 with mesothelioma. Council representatives attended the funeral of the former Gosford Councillor, held at Star of the Sea Church, Terrigal, to pay tribute to his commitment to Council and the community. Council Administrator, Mr Ian Reynolds, said that he found Mr Ward’s local knowledge and passion for the Central Coast invaluable when the new Council was formed, and he had left a lasting legacy to be proud of. “Bob was well liked and respected for the work he did in the community,” Mr Reynolds said. “He was a real gentleman,” he said. “He was keen to serve on the Local Representation Committee and his advice and commitment served the new Central Coast Council well. “As well as his role on the Local Representative Committee, Bob served as one of Council’s representatives on the Joint Regional Planning Panel, where he brought his dedicated local experience to bear on important development proposals. “I would like to thank him for his dedication and service to the Coast community in a number of roles over a number of years.

“Bob has left a long and lasting legacy as a passionate advocate for the Central Coast community and will be missed. “On behalf of Central Coast Council, I extend our deepest condolences to Bob’s family and friends at this time.” Mr Bob Ward was elected to Gosford City Council in September 2012 and was Deputy Mayor for two years. He was the Chairman of Council’s Employment and Economic Development Committee. Mr Ward was appointed, as one of the Central Coast Council’s two representatives, on the Hunter and Central Coast Joint Regional Planning Panel, in June, 2016.

Mr Ward was also a member of Central Coast Council’s Local Representation Committee and Chairman of Council’s Community Working Group. In a Gosford Council End of Term Report in 2016, Mr Ward cited his proudest moment as Councillor. “Projects that I have been especially proud of during my term were the approval of the triple tower Waterside development by the Joint Regional Planning Panel on a site that has become an eyesore for the community, and the redevelopment of the Woy Woy Oval, including the construction of a new grandstand, with state-of-theart facilities, funded through Federal, State and Gosford City Council grants,” Mr Ward had said. Many friends and community members used social media, following Mr Ward’s passing, to express their condolences to Mr Ward’s family and their respect for his signifi cant contributions to the local community.

He was described as a great mentor to the young, who approached his duties with energy and enthusiasm. In addition to his roles with Council, Mr Ward was a longterm member of Rotary and contributed to many other community organisations, including the Top Blokes Foundation, which he championed as a cause that would improve young men’s mental health and reduce their anti-social and risk-taking behaviours.