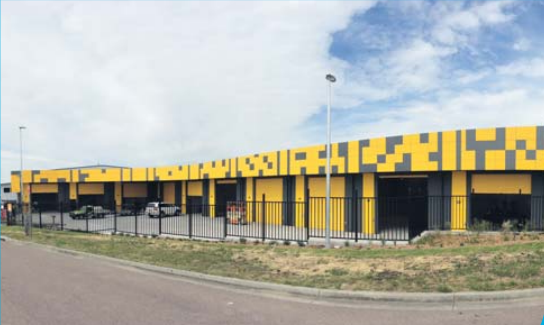 The Australian National Audit Office (ANAO) has been asked to undertake an independent assessment of the funding of the Central Coast Youth Skills and Employment Centres, provided to Central Coast Group Training Ltd (CCGT).

The Federal Shadow Minister for Regional Services, Mr Stephen Jones, wrote to the ANAO on September 6 to draw its attention to what he said were anomalies associated with the project funded under the Community Development Grants Program. According to Mr Jones’ letter to the ANAO: “The description of the project is as follows. “The project will be delivered in two stages. “Stage One will provide the backbone IT connectivity that business start-ups and other occupants of the skills centre complex require to deliver employment services and training to the unemployed of the area. “Stage two will provide a factory space for local trades based businesses to operate and showcase their businesses to schoolbased apprentices and trainees. “The funding amount of $2,970,000 was awarded on November 19, 2015, made up of $2 million in Community Development Grant funding and $700,000 for IT. “The specifi c issues I want to raise with you are that a grant for a near identical purpose and for the near identical amount was made in 2013.

“Doug Eaton, CEO of Central Coast Group Training, was the Mayor of Wyong Council from 2012 to 2016, during the period of both grants, and Greg Best, Manager of CCGT, was a Council member at the relevant time. “It has been raised with me that very little training is taking place at the premises built with funding by the Commonwealth for the specifi c purpose of training. “I also understand that Central Coast Group Training are paying $120 per year to Central Coast Council to lease these premises. “I believe that the circumstances of the awarding of funding to a project of so little benefit to the Commonwealth, for a building that is not being used for the purposes for which funding was provided, and with questions about conflict of interest, should raise concerns,” Mr Jones’ letter said. “The lack of due diligence associated with a program that is not a competitive grants program, does not to me meet the guidelines of the Department of Finance Commonwealth Grants Rules and Guidelines.

“I believe this may be the case in the grant to Central Coast Group Training Ltd,” the letter said. In response to Mr Jones’ correspondence with ANAO, Mr Eaton said he had never been CEO of CCGT and had taken the voluntary position of Chair in May 2016. He said that from 2012- 2016, he was Wyong Council’s representative on the board of CCGT. “I was a Council representative, appointed by the Council, but not a member of the Board,” Mr Eaton said. According to Mr Eaton, the fi rst $2.7 million grant was made by the Labor Government prior to the 2013 federal election when Mr Craig Thomson, the sitting Labor Member for the Federal electorate of Dobell, was vying for re-election.

“This all goes back to Craig Thomson, so there is a real history behind this,” Mr Eaton said. “Thomson made the election promise in 2010,” he said. “Then he fell out of favour, and there were some issues between me and him, and Greg Best and him, and basically there were issues between everyone and Craig Thomson. “The Government said it would honour its election commitment, but the funding had to be for a building owned by Council,” he said. The 2013 Federal grant was paid to Wyong Council. According to Mr Eaton, CCGT donated land in Bounty Cl at Tuggerah Business Park to Council, and the CCGT building was constructed using the Commonwealth Government grant monies. “The Federal Government gave the money to Council and Council doled the money out to build the Centre. “Group Training operates the Centre on a nominal lease, but it is a Council building,” Mr Eaton said.

“Then at the next election, the cycle repeated, and the then opposition committed its $2.7 million, which was roughly $700,000 to update IT in the Tuggerah Centre and $2 million to build a new trades-based centre at Wyong. “That grant went directly to CCGT and is owned by CCGT. “It complies with the Commonwealth Government Guidelines,” Mr Eaton said. He said Mr Jones’ referral to the ANAO was “very disappointing”. “This is a non-profi t community based organisation which is the largest employer of apprentices and trainees on the Central Coast by far. “We have over 200 apprentices that we basically give out to small businesses, and the Coast would be far worse off without it,” he said. CCGT CEO, Mr Greg Best, when contacted by the Wyong Regional Chronicle, said he was on leave and would not make comment. “The Board will be responding,” he said. “It is in our system, the board will look at it, the board will make a value judgement on it, and the board will respond, but we will not be bullied into a quick response,” Mr Best said.

Mr Jones also said that the Federal Minister for Regional Development, Senator Fiona Nash, had failed to explain the unfairness in funding allocations from the $1 billion Community Development Grants Program, which he described as a National Party slush fund. Mr Jones said that, in Senate Question Time on September 6, “The Minster could not explain why electorates on the NSW Central Coast were showered with $12 million in grants, but nothing for Labor electorates of Shortland or Newcastle, and just $160,000 for the electorate of Hunter”. Senator Nash described her ministerial decisions for this program as “balanced, well thought out and measured”. Mr Jones originally wrote to the ANAO in May, raising concerns about the program. In his subsequent September 6 letter, he raised concerns about governance standards associated with the administration of the Community Development Grants Program by Senator Nash. “The concerns raised today add urgency to my call for a proper investigation of the Community Development Grants Program by the ANAO,” Mr Jones said.

New Audit, Risk and Improvement Committee to be appointed