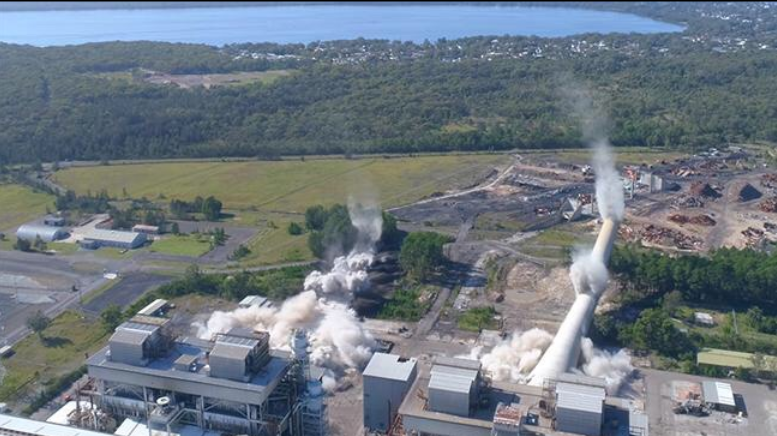 Munmorah power station from the air

Mr Steve Saladine, Managing Director of Generator Property Management, the company that now owns Munmorah Power Station, said that it was important not to unnecessarily alarm the public about the presence of PFAS chemicals at the Colongra and Munmorah site.

“To be factually correct, Snowy Hydro’s Colongra power station is embedded inside the Munmorah site,” Mr Saladine said. “Snowy Hydro found very small samples in the water and soil on the original fire-fighting area that is now in the Colongra site,” he said. According to Mr Saladine, Snowy Hydro had reported its findings to the EPA in advance of doing any in-depth analysis. He said the EPA, as previously reported, had asked Snowy Hydro to do more testing. Meanwhile, Snowy Hydro had also provided the EPA and Generator Property Management with a draft report that consisted of a preliminary assessment of its original testing. Mr Saladine said the draft report indicated that all PFAS could be attributed to the single source of the historic fire-fighting grounds. He acknowledged that the chemicals had travelled to “beyond the original fi re-fi ghting area but had travelled “within the grounds of Munmorah power station.

“We are in the process of assessing what needs to be done,” Mr Saladine said. “We only got the report from Snowy Hydro this week, so now we are assessing it with a view to going back to the EPA,” he said. Mr Saladine confirmed that the only testing done to date had been within the boundaries of the Munmorah site. In relation to detailed information about exactly what testing has been done and what results have been found, the EPA has directed Wyong Regional Chronicle to Snowy Hydro. Wyong Regional Chronicle and Snowy Hydro have not yet been able to exchange information about the testing conducted.