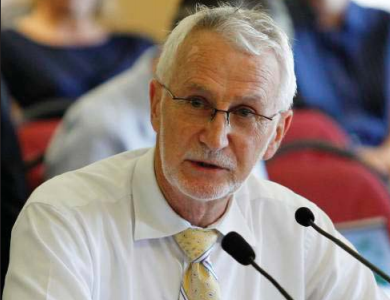 The Mountain Districts Association (MDA), based on concerns that an ICAC investigation into the NSW EPA will not look high enough, has referred CEO and Chair of the EPA, Mr Barry Buffier, to ICAC.
The MDA has alleged that Mr Buffier covered up the failings and negligence of the EPA in relation to the Mangrove Mountain Landfill.
In 2014, the former Gosford Council CEO, Mr Paul Anderson, wrote to Mr Buffier, referring to him significant departures from the development consent, in numerous environment protection licence variations, at Mangrove Mountain Landfill.
The letter referenced a decision from the High Court of Australia where it had ruled that when the EPA issued a licence variation which departed from a development consent, then the licence variation issued was invalid.
Mr Buffier replied: “I believe that specifically addressing each of the historical issues identified in your letter would divert essential resource(s) away from frontline environment protection.”
According to the MDA, Mr Anderson’s letter to Mr Buffier was the perfect opportunity for the EPA’s chief to call for an investigation to ascertain how dumping well beyond the development consent, and in a sensitive water catchment area, came about, but he did not.
“The Community Environment Network (CEN) is currently calling for the dismissal of the EPA Board and this new evidence certainly adds weight to that case,” said MDA spokesperson, Dr Stephen Goodwin.
“How can the community have any confidence in either the Board or some senior members of the EPA after the revelations of the Four Corners Program, a subsequent leaked conversation, and now this disturbing report,” Dr Goodwin said.
EPA CEO and Chair, Mr Barry Buffier, issued a statement that he had referred matters raised in the Four Corners program to ICAC.
Mr Buffier claimed that the EPA “puts significant effort into regulating the waste industry, monitoring compliance and taking enforcement action, and that work will continue.”
“This flies in the face of the experiences with the EPA at Mangrove Mountain Landfill,” Dr Goodwin said.
“Until this matter has been investigated, Mr Buffier should stand down.”
The NSW Government has committed $802 million from the environmental waste levy, over nine years, to divert waste from landfill to recycling.
Dr Goodwin said the underlying regulatory processes of the EPA were flawed, as evidenced by the Mangrove Mountain Landfill, and that this had been recently stated at a hearing of the Parliamentary Inquiry into the Waste Industry.
“How can the NSW Government have confidence that this money is being well spent, when the EPA is failing in its duty to the community?
“We have been demanding a Special Commission of Inquiry into the activities at Mangrove Mountain Landfill, but so far, the NSW Government remains silent”, he said.
“Does the EPA still enjoy the Premier’s confidence after 4 Corners and subsequent events?
“The Premier must announce a Special Commission of Inquiry into Mangrove Mountain Landfill.”

Coast gets On the Bandwagon for farmers