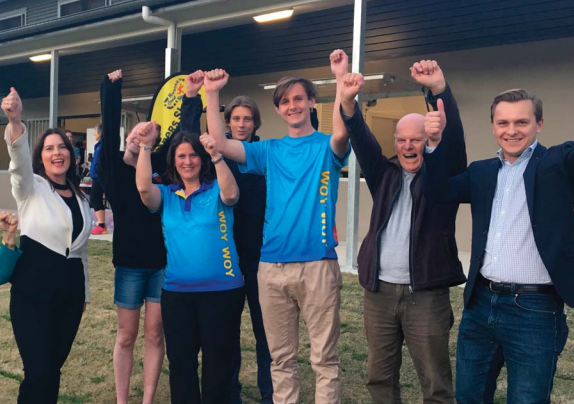 New amenities costing more than $800,000 at McEvoy Oval in Umina have been officially opened. The amenities were jointly funded by Federal, State and local governments, with small contributions being made by local sporting groups.

The joint media statement said the new building was an investment in grassroots sport for the region. Ms Wicks, who said she was a long-term supporter of the project, joined the community for the opening and said the new building included a clubroom, canteen, storage rooms, and male and female amenities. “I’ve been hearing from many local families and organisations on the Peninsula about how the previous amenities building was run-down and unsafe so it’s great to be able to open this new facility for Umina,” Ms Wicks said. “Not only is McEvoy Oval home to over 1500 sporting participants per year, it’s also used by local schools for carnivals and gala days,” she said. “I’m thrilled that this upgrade is now complete, and commend all levels of Government and the hardworking community advocates who’ve made it possible.” In the joint statement, Federal Minister for Regional Development Ms Fiona Nash said: “These great new facilities will benefi t both local sports and the greater community, promoting the growth of Umina and the surrounding areas.”

New South Wales Minister for Sport Mr Stuart Ayres said in the statement that the signifi cant joint investment would increase accessibility to the main athletics centre on the Peninsula and ensure it can cater for more teams and players from interstate. “This major investment has also provided an economic boost for the region by creating 10 new jobs, fi ve during construction alone,” Mr Ayres said. “A key component of the upgrade includes installation of a new irrigation system to encourage stronger turf establishment and growth,” said Council administrator Mr Ian Reynolds. “Improved growth results in faster rehabilitation of the playing surface, allowing greater useability of the oval,” Mr Reynolds said.