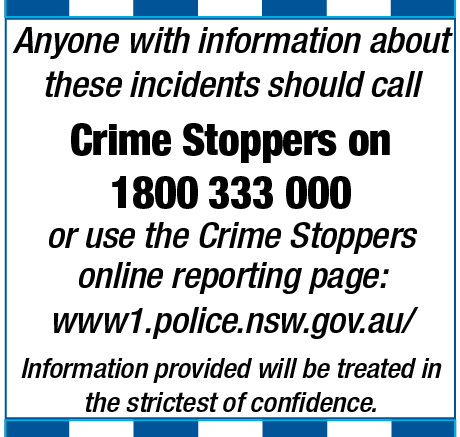 Three men and a woman have been charged after allegedly defrauding two elderly women on the Central Coast.
Police will allege that on Sunday, February 19, a 91-year-old woman attended a nursing home on The Entrance Rd, Erina, and returned to her home late in the afternoon.
At about 9am on Monday, February 20, the woman was allegedly contacted by a man, who claimed he had found her purse.
Police have been told the woman was asked to confirm personal details to authenticate her identity.
Officers attached to Brisbane Water Local Area Command commenced inquiries and allegedly established that the woman had more than $29,000 taken from her account.
As part of their investigation, police were able to link this to a similar incident that occurred in 2016.
At about 4pm on November 17, 2016, a 93-year-old woman allegedly received a phone call from a man claiming to be the manager of a bank.
The man allegedly claimed that the woman’s wallet had been found, and requested the woman confirm a number of personal details which would authenticate her identity.
The woman contacted police after she was informed of unusual account activity.
Following inquiries, the woman indicated more than $12,000 had been taken from her account, and police attached to Tuggerah Lakes Local Area Command commenced an investigation.
Following inquiries, a 38-year-old man, two 36-year-old men, and a 30-year-old woman were arrested between Tuesday and Wednesday, August 15-16, 2017.
The 38-year-old man, from The Entrance, was charged with 24 counts of dishonestly obtain property by deception and dispose property theft-serious indictable offence.
He was granted conditional bail and is due to appear at Gosford Local Court on Tuesday, September 12.
A 36-year-old man, from Mardi, was charged with 17 counts of obtain benefit by deception and driver not disclose identity of driver/passenger.
A 30-year-old woman, from The Entrance, was charged with two counts of dispose property theft-serious indictable offence, goods in personal custody suspected of being stole/unlawfully obtained and possess prohibited drug.
Both were granted conditional bail and are due to appear at Gosford Local Court on Tuesday, September 26.
The second 36-year-old man, from Niagara Park, was charged with deal with proceeds of crime.
He is due to reappear at Gosford Local Court on Thursday, October 26.

Have you seen this man?

Police want to speak to this man