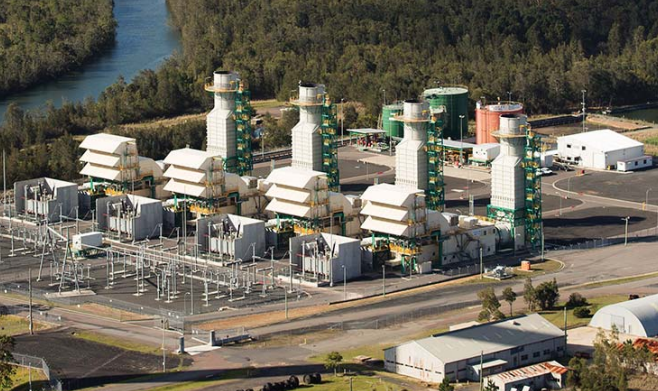 Local politicians and Central Coast Council both say that they are waiting for more information from the EPA about the presence of PFAS fire-fighting chemicals in surface water, ground water, soil and in the Tuggerah Lakes system, before they can give the local community more information.

Parliamentary Secretary for the Central Coast, Mr Scot MacDonald, said that he and the Member for Swansea, Ms Yasmin Catley, met with representatives from the EPA on September 12, for a briefing on the presence of PFAS in ground and surface water at Colongra and Munmorah power stations.

“Really, all we got out of them, was that they had directed, as they are able to do, the owners to go away and do more testing, and I don’t remember a timetable,” Mr MacDonald said. “Subject to that testing, they will consider warnings,” he said. “They did undertake to talk to the owners about putting signage up, but there is no more clarity about risk or the levels of PFAS detected.” Mr MacDonald said that the EPA did not give the politicians briefed the test results that had already been conducted. He said a draft report received by the EPA from Snowy Hydro, owners of the Lake Munmorah site where the Colongra power station is embedded, had warranted further testing.

“At this point, the EPA makes a judgement about risk pathways and whether there is a direct pathway to human intake,” Mr MacDonald said. “Then the strategy tips over into what are tolerable daily intakes. “From what I understand, at this point, that trigger has not gone off. “There is no direct substantial risk pathway. “There is a risk pathway in terms of recreational fishing, but not in terms of domestic water, dairy, or eggs, as was the case in Williamtown,” he said. One of the major direct risk pathways identifi ed when the same chemicals were found at Williamtown, was that the surrounding community did not have access to reticulated water and was dependent on bore water for drinking, gardening and domestic use.

“I don’t know if surrounding areas at Lake Munmorah are on reticulated water, but the EPA’s view was that there was no one that wasn’t on reticulated water,” he said. Central Coast Council has confirmed that all neighbourhoods surrounding the contaminated land have access to reticulated drinking water. The presence of bore water spears and their domestic use is a matter for the NSW Government. “Watering of vegetables with bore water could be a risk pathway.”

Mr MacDonald said he understood that the EPA was hesitant to report too soon and unnecessarily alarm the community, but they also wanted to avoid being pilloried for not reporting soon enough. “There are legacy issues around these power stations. “There are chemicals coming off these power stations and where there is a suspicion of toxic levels, and then when testing is undertaken, we all have an obligation to explain it clearly,” Mr MacDonald said.

“The EPA has directed that landowner to go and do more thorough testing. “The legislation is that the EPA directs when there is contaminated land, the EPA, and I know this very clearly from the Williamtown experience, you can’t just go down with a school chemical test. “The EPA has every right and every power to direct what gets tested, where, who does it and how it is reported. “If the EPA is dissatisfi ed, the owner will have to do more testing, extensive testing. “The milestone in my mind is these test results, when they come back, and I thought that would be 7-8 weeks away,” he said. Mr MacDonald said testing is expensive and delicate. “With these chemicals, you are talking about parts per billion.

“You can do a test on some soil and a foot away, an inch away, you can get a different result. “So if you’ve got contaminated land, you can’t test anything but a tiny fraction of that, so you need very good science about what and where you should be testing. “It is a survey of what that land is likely to have in it, and it is a survey that is prone to error and will change quickly over time. “These chemicals inevitably change in the environment, they do have a half-life, so they do disintegrate over about 70 years. “I am certainly hoping for minimal risk pathways and I will be looking again for another briefing from the EPA at that stage,” Mr MacDonald said. Central Coast Council is directing all inquiries about the presence of PFAS fire-fighting chemicals in ground and surface water at Colongra and Munmorah power station sites back to the EPA.

Wyong Regional Chronicle sent questions to Central Coast Council request in an update on the situation, two weeks after the initial EPA announcement. “Central Coast Council has been informed that the NSW Environment Protection Authority (EPA) has directed Generator Protection Property Maintenance and Snowy Hydro to conduct further testing at the Munmorah and Colongra Power Stations as part of the state-wide investigation into PFAS (per- and ploy- fluoroaklkyl substances),” a statement from Council in response to the Chronicle’s questions said. “Council welcomes the investigation and is providing appropriate assistance, including access to Council land and facilitating information to the community,” the statement said. “Further information is available on the EPA website, including a factsheet about the investigation. “The EPA also reminds the community that fishing in the canals on, or around the power stations, is not permitted. “Any questions or concerns should be directed to the EPA’s NSW Environment Line on 131 555,” the statement from Central Coast Council said.