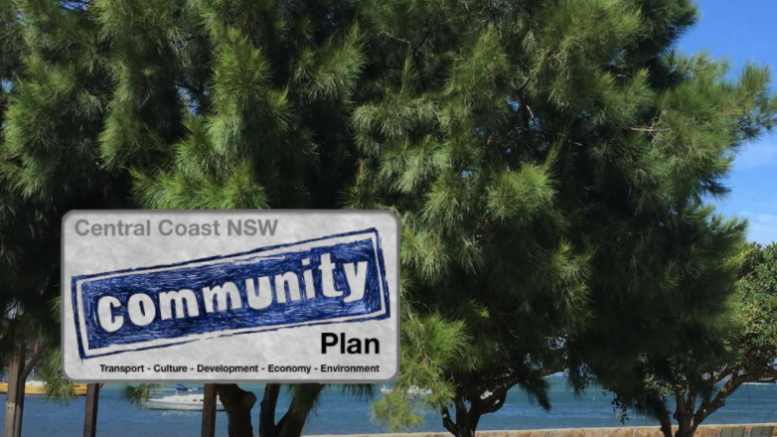 The community group which formulated the Community Plan Central Coast (CPCC) has indicated support for some Central Coast Council candidates running for election on September 9.

The group of around 100 residents, led by two members of the Peninsula community, have been working on the plan since November 2016. The CPCC group has given its support to The Greens and Labor Party tickets in Gosford East and Gosford West wards.

The New Independents in both Gosford West ward, led by Mr Gary Chestnut, and in Gosford East ward by Ms Jane Smith, also have the support of CPCC. Labor’s number two candidate in the Gosford West ward, Ms Vicki Scott, and NextGen independent in the Gosford East ward, Ms Claire Braund, have both contributed to the formulation of the plan. One of the group’s founding members, Dr Van Davy of Pearl Beach, said: “If you vote for the candidates who support CPCC, you will be voting for a clean person who will be working on your behalf. “

You will be voting for a future, for an entire idea of what your Central Coast should be.” “It is only when you get to local government that local issues are considered, so it is absolutely crucial someone somewhere has a plan that can feed in to other jurisdictions. “The Central Coast is now the biggest council in the country, so it can feed into State and Federal jurisdictions, and especially across some of the biggest swing seats in both the State and nation.”