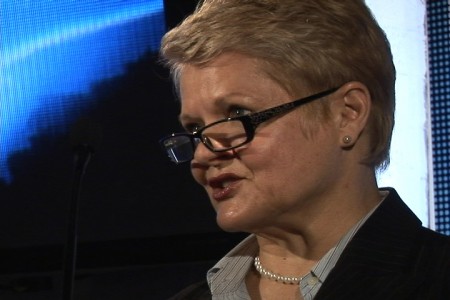 A group of around 100 Central Coast residents have been working, since November 2016, to put together a Community Plan for the Central Coast (CPCC), including a stand alone tertiary institution.

The group has included community members from every corner of the Coast and from a diversity of political persuasions, all with the aim of providing the community with a non-party-political blueprint for the future of the Central Coast. The plan, published in its entirety from page 17 to 24 in this edition of the Coast Community News, is intended to offer the community an alternative to the NSW Government’s Central Coast Regional Plan 2036, which is fundamentally a document about land use in the region. The two foundation members of the CPCC, Dr Van Davy of Pearl Beach, and Ms Marcelle Hoff of Ettalong, have both experienced life in the independent political space. Ms Hoff was an independent Councillor on the City of Sydney Council and has run successful grass roots community campaigns. Dr Davy ran as an independent for the Federal Seat of Robertson in the 2016 national election. Community Plan Central Coast has been supported by candidates and candidate groups who are running for election to the Central Coast Council on September 9. Ms Kate da Costa, who is running as the Greens candidate in the Gosford West Ward and Ms Vicki Scott, who is Labor’s number 2 candidate in Gosford West, were involved in formulating the plan. CPCC then held a meeting in Ourimbah and decided to support several groups of candidates. Candidates running as Central Coast New Independents have been given the support of Community Plan Central Coast.

They were Louise Greenaway and her team in the Wyong Ward, Gary Chestnut and his team in Gosford West and Jane Smith and her running mates in Gosford East. CPCC, having heard a “pitch” from interested candidates, has also gave its support to The Greens tickets in Wyong, Gosford East and Gosford West, and to each Labor Party ticket in those three wards. Having held two meetings in late 2016 to study and analyse the NSW Government’s Central Coast Regional Plan 2036, CPCC then held public meetings in January to discuss whether there should be an alternative plan, and if so, what its scope should be. “The idea was born that we have a preferred future big picture for the Central Coast,” said Dr Davy. “We are told that you cannot have a Central Coast Local Government Plan that incorporates NSW and Federal Government responsibilities, but when you go to a Federal election, you do not have a local plan,” he said. “All you are looking at is issues like defence, border protection etc.

“In a NSW election, no one is running an idea about what our locale should look like. “It is only when you get to local government that local issues are considered, so it is absolutely crucial someone somewhere has a plan that can feed in to other jurisdictions. “The Central Coast is now the biggest council in the country, so it can feed into State and Federal jurisdictions, and especially across some of the biggest swing seats in both the State and nation.” Dr Davy said he believed CPCC was new for Australia and “turns politics on its head”.

The Plan was recently presented to some senior staff within Central Coast Council and they greeted it with enthusiasm, Dr Davy said. “If you vote for the candidates who support CPCC, you will be voting for a clean person who will be working on your behalf. “You will be voting for a future, for an entire idea of what your Central Coast should be. “No matter what the result of the election, we are a public grouping of people with no leader and no political affi liation. Former deputy Lord Mayor for Sydney, now Ettalong resident, Ms Marcelle Hoff, said: “We had incredibly good response to community planning initiatives in Sydney, most of which have worked well for local residents and businesses. “I’d like to see the local Central Coast community be taken more seriously, as when this happens, the community thrives and grows,” she said.

A stand-alone tertiary institution for the Central Coast is one of the initiatives being advocated. David Abrahams is advocating for a Central Coast based Tertiary Institution

Former Regional Development Australia Central Coast Chair, Mr David Abrahams, said he had thrown his support behind the plan as a genuine attempt to create a community focussed policy document that is not overly party political. “I’ve contributed to the Education and Economy sections of the document, and am pleased to say that the group accepted the policy of fighting for a Central Coast controlled and managed tertiary institution,” Mr Abrahams said. “The one big thing we lack in our local economy is our own dedicated research and teaching institution,” he said. “It holds back investment and employment creation when we always need to refer to Sydney or Newcastle for these sectors.

The CPCC seeks to encourage councillors to be more ambitious than previously, asking a new leadership to advocate for and lead discussions that would be financed by State and Federal governments and other institutions. A locally based tertiary institution was seen as a key policy area that a new Central Coast Council could advocate for. Such an institution would need to have multiple campuses across the region to be truly effective.

In favour of early water restrictions

Local participants in Schools’ Spectacular 2017 to be on TV