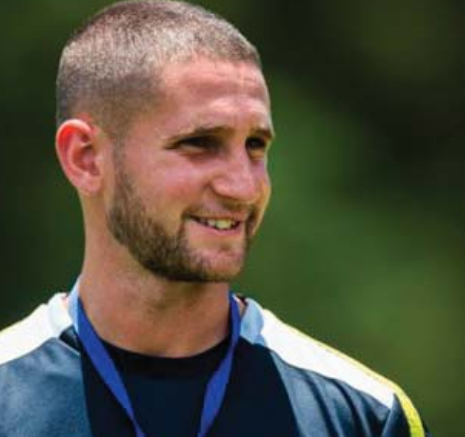 Mr Ben Cahn, has made the decision to finish his duties with the Mariners

The Central Coast Mariners’ Youth Team Head Coach, Mr Ben Cahn, has made the decision to finish his duties with the Mariners to pursue other opportunities.

Mr Cahn’s contract with the Mariners concluded after a tenure with the club that included two National Premier League campaigns, and a season at the helm of the National Youth League side. During his time with the club, Mr Cahn oversaw the development of young Mariners players including, Trent Buhagiar, Steve Whyte, Lachie Wales and Adam Pearce, all of whom have since gone on to make their mark in the professional football landscape. He has also managed the implementation of an approach to youth football that ensures the next generation of young Mariners partake in a 12-month-playing cycle across the premier league and National Youth League competitions.

Mr Cahn arrived on the Central Coast in January, 2016, from Queensland. “I’d like to thank all the technical and administrative staff, players, volunteers and supporters that I’ve worked with in my time on the Central Coast,” Mr Cahn said. “I’d particularly like to thank Academy Director, Ken Schembri, who gave me the initial opportunity to work at the Mariners, and the Youth Team staff that have worked tirelessly to create the best environment possible for the players. “I’d like to wish all the Academy players luck in their pursuit of professional football and hope that I’ve been able to infl uence them all positively in some way. “I also wish the Senior players and staff the best of luck moving in to the 2017/18 A-League season. “And lastly, thank you and good luck to the Yellow Army and Mariners fans who have welcomed me and passionately supported the Academy teams home and away over the last two years,” Mr Cahn said.