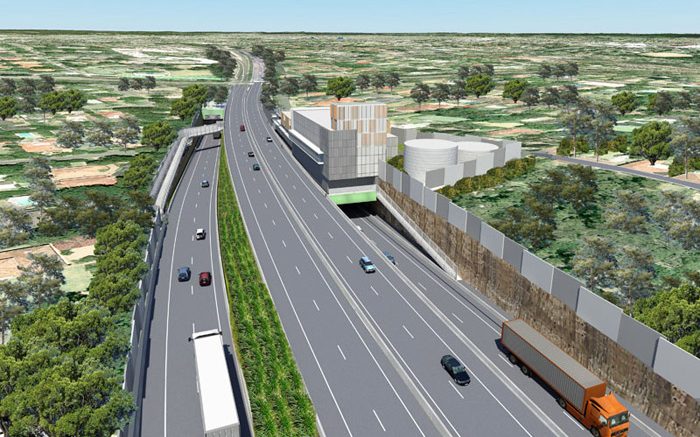 A faster and safer journey between the Central Coast and Sydney is on the way for motorists, with work on NorthConnex on track to be completed in late 2019.
Parliamentary Secretary for the Central Coast, Mr Scot MacDonald, joined Northconnex and Roads and Maritime Services representatives to inspect progress on the $3 billion project.
Mr MacDonald said NorthConnex will deliver twin nine kilometre tunnels linking the Hills M2 Motorway at Pennant Hills and the M1 Pacific Motorway at Wahroonga.
“NorthConnex will save Central Coast motorists up to 15 minutes in journey times as they bypass 21 sets of traffic lights along Pennant Hills Rd.
“Motorists who choose not to use the twin NorthConnex tunnels will also experience an improved journey, with the removal of 5,000 trucks from Pennant Hills Rd each day,” Mr MacDonald said.
Member for Terrigal, Mr Adam Crouch, said around 400 people from the Central Coast, and almost 55 businesses, have been working on the project since it started in June 2015.
“Nineteen roadheaders are working on this project around the clock, with excavation expected to be completed around mid-2018, so the fit out of the tunnel can start.
“More than eight kilometres of tunnel has already been excavated and around 1 million cubic metres of spoil has been removed, so work is in full swing.
“Once complete, NorthConnex will revolutionise travel for motorists, allowing them to drive from the Central Coast to Melbourne without a single set of traffic lights,” Mr Crouch said.