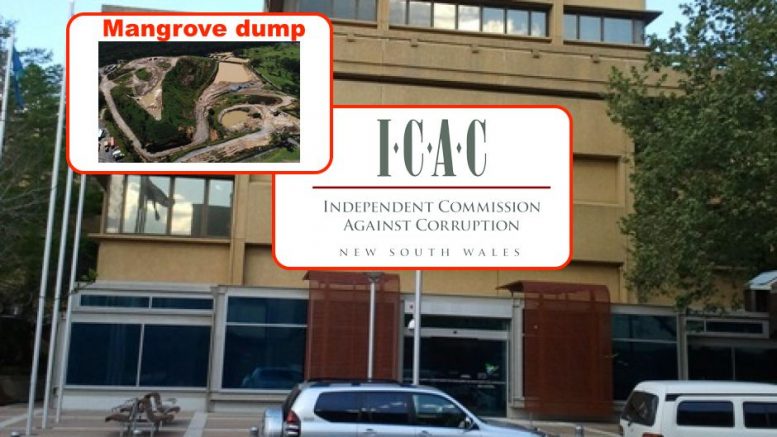 Central Coast Council has confirmed it, and the former Gosford Council, have been referred to the NSW
Independent Commission Against Corruption (ICAC).

The referral has been made by the NSW Shadow Minister for the Environment, Ms Penny Sharpe,
following the damning allegations made in the ABC 4 Corners report on Monday, August 7 in relation to
the mismanagement of a landfill at Mangrove Mountain and illegal dumping at Spencer.
Shadow Minister for the Central Coast, Mr David Harris, said Gosford Council had originally referred
itself to ICAC via then CEO, Mr Paul Anderson.

“Now Penny Sharpe has referred Gosford Council and Central Coast Council to ICAC,” Mr Harris said.
“given what was exposed by 4 Corners the Central Coast people deserve to have a thorough
investigation into what was council’s role in it, whether individuals or the organisation,” Mr Harris said.
“People are up in arms that their water supply could have been put at risk,” he said.
Coast Community News contacted the Central Coast Council which was preparing a media statement.
It is expected the Council will state that it intends to fully cooperate with ICAC’s investigations.