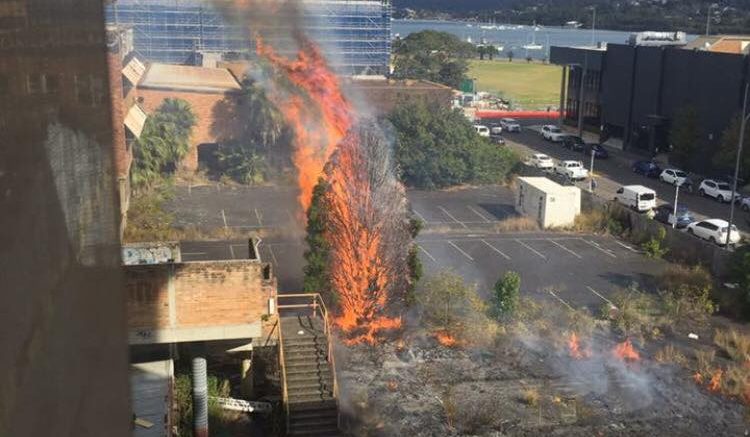 The fire is believed to have started at the back of Froggys, spread to a tree and then into the building

The ‘eviction’ of squatters from the derelict buildings in the Gosford city block bounded by Mann, Donnison and Baker Streets and Georgiana Terrace followed several recent fires on the site.
The last fire occurred at around 2pm on Friday, August 11.
It started in a tree at the rear of the buildings, visible from Baker St and spread into the upper storey of the former Froggys building.
The fire was attended by 10 fire trucks from six different stations.
It was quickly extinguished but investigations are ongoing.
Two young persons were arrested in relation to trespass and malicious damage following the fire.
One of the youths was dealt with by way of a caution and the other was given a notice to attend Children’s Court.