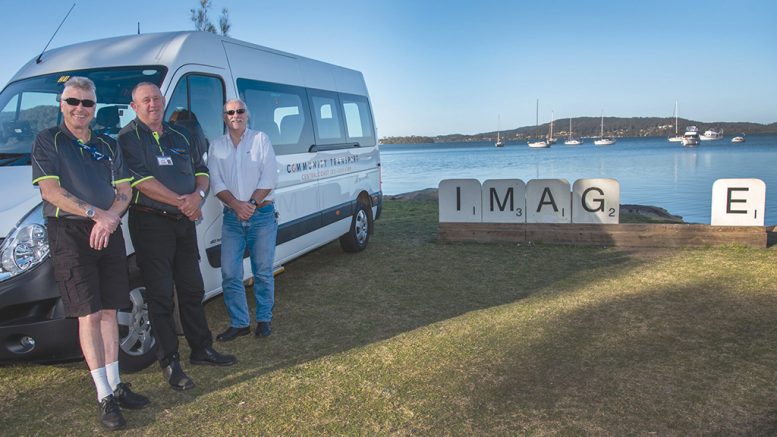 An on-demand commuter shuttle bus service is to be trialled on the Peninsula.
The Peninsula will be one of eight locations across the State to be included in the trial.
The services will most likely commence in early 2018 and will operate Monday to Friday during the peak times: 5am to 7:30am and 5:30pm to 7:30pm.
The service will be priced at $3.10 for trips less than 3kms, and $4.10 for trips greater than 3kms.
It will not be part of the Opal scheme.
Half price fares will be available for concession card holders, including pensioners, seniors, students and apprentices.
The trial will provide standalone services that will not affect any existing local bus services.
Parliamentary Secretary for the Central Coast, Mr Scot MacDonald, said “On-demand public transport will allow people to book a vehicle to pick them up from home or a convenient nearby location like a bus stop.
“They will receive a booking confirmation and an estimated pick up and drop off time at their chosen transport hub,” Mr MacDonald said.
“We know people want to manage their own time and become less reliant on timetables,” he said.
The demand-responsive Peninsula trial will pick up customers from “virtual” bus stops as well as make use of existing bus stops where appropriate.
“As well as providing a convenient new way for customers to reach their destination quickly, safely and efficiently and at a time that suits them, this new service will also connect customers with existing transport hubs and Woy Woy train station.
“The aim of this new public transport service is get you to and from Woy Woy rail station with ample time to make it to Sydney or your chosen destination, and it will be there to pick you up from the station on your way back,” Mr MacDonald said.
The Woy Woy Peninsula service will be delivered using a combination of taxis, hire cars and community transport vehicles and operate in five geographical pick up zones covering more than 60 pickup points.
Mr MacDonald said on-demand services would play a big role in the future of public transport and it was good news for Woy Woy to be one of the first areas to experience the new service.
Community Transport Central Coast is the private providers chosen to run the Central Coast pilot.
CEO Mr David Murray claimed that the CoastConnect On-Demand Pilot project would bring great social, economic and environmental benefits to the Woy Woy Peninsula.
“We expect that some families will gain back time in the morning by not having to run a family member to the train station,” he said.
“It will also reduce costs for other families if they don’t have to make trips to the station in the family car or the dedicated car they use just for getting to the station,” Mr Murray said.
“Parking in and around the train station and retail areas of Woy Woy should also become easier, which we hope will assist local retailers in attracting more customers, as it will be easier to find parking,” he said.
Mr Murray said: “We nominated Woy Woy station as a central site for the program as we are well aware of the parking and congestion issues faced by commuters and everyday train users there”
According to Mr Murray, the pilot program has divided the Peninsula into five zones for bookings.
Mr Murray said the program would be flexible with pick up and drop off locations updated based on data collected through the app.
“We worked really hard to secure the tender and on-demand transport is what we’re good at.”
The service will be looking to hire on new drivers in preparation for a December 2017 or early 2018 launch.
The pilot program will trial for six months before Transport for NSW will make a decision whether to extend the program.
Central Coast Council administrator Mr Ian Reynolds said it was a win for the community.
“This announcement recognises there are obstacles our residents encounter in order to use the public transport on offer,” Mr Reynolds said.
“This trial will help our Peninsula community to reach their public transport hub destination quickly and easily, without the worry of getting a commuter car park spot.
“If the trial is successful, we could see multi-car families go to single vehicles, saving costs and having a great alternative to the other options potentially available such as walking and cycling to the station.”
On demand services will commence early next year allowing residents to book a vehicle, either online or via an app, to collect them from home, transport hubs or another convenient location.
The State Government has said the trial will not affect existing bus services.
The announcement from the NSW Minister for Transport, Mr Andrew Constance, has come while a NSW Parliamentary inquiry into commuter car parking is underway.