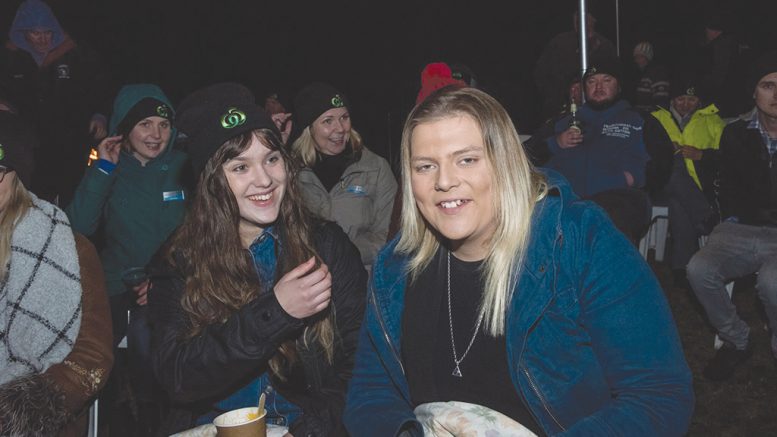 Above and below: participants in the annual Coast Shelter executive sleep out Photos: Noel Fisher

The annual Coast Shelter executive sleep out was held at Glenworth Valley on Friday, August 4.
Teams from Woolworths, Loyalty IT, Department of Human Services and the ANZ Bank joined other organisations to sleep rough for the night.
Ms Julie Goodwin and her team from Julie’s Place provided the food for the event.
The bush land setting filled with the smell of campfires as the participants tried to stay warm with temperatures plummeting as night closed in.
Local identity, Mr Jake Cassar, provided some of the entertainment for the crowd as several of Coast Shelter’s current and former clients recalled how instrumental the organisation had been in turning their lives around. 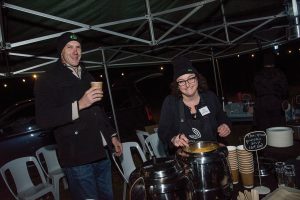 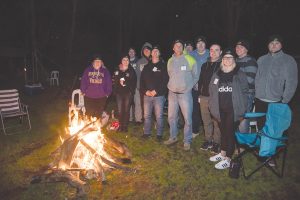 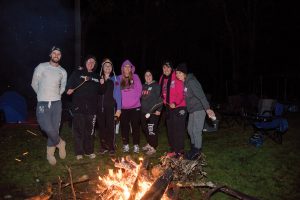 Woolworths, a big supporter of Coast Shelter, had all 10 stores on the Central Coast from Umina to Morisset represented, with all participants raising the $1,000 pledge to join the sleep out by selling raffle tickets.
Mr Bert Vandenburg, Central Coast Group Manager for Woolworths, said that with 1,250 employees on the Central Coast, it was important to be involved in the community.
The Gosford store, in particular, has a close relationship with Coast Shelter providing food for the kitchen daily.
Ms Julie Marsden, community engagement officer from the NSW Department of Human Services, said that the 10 team members raised the funds by holding various activities including a Christmas in July and mufti days at the office.
Coast Shelter receives no government funding, so such events are important in helping raise funds to allow them to continue their work.