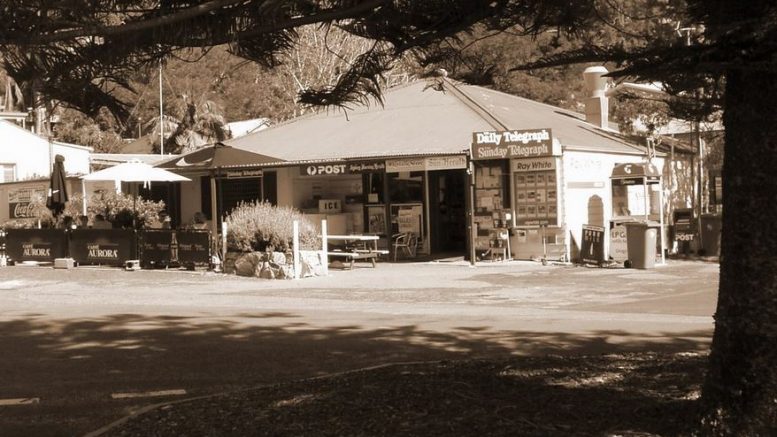 It was 20 years ago on July 1 that Ms Keron Irving and Mr Gary Irving took over the management of Wagstaffe Store.
This was a significant sea change for them from their home in Sydney as Mr Irving had been engaged in quarry management, while Ms Irving worked in accountancy.
Mr Irving’s desire to do something new and different, as well as improve his health, led them to the Central Coast.
The decision led to several years of hard work, separation and financial vulnerability.
For two years, Keron continued to work part-time and live in Sydney during the week, while Gary operated the store, which was then known as the Wagstaffe Newsagency and General Store.
The back room of the store provided their accommodation until they moved into the house in Wagstaffe Ave.
The store mainly provided petrol, ice, clothing, basic food, videos and sandwiches, pizzas, tea and coffee.
By 2000, the post office contract was added to the store.
Over time, the kitchen was restructured, with outside table and chairs built by Julie Ho, and a wider range of goods was introduced.
Air-conditioning was provided by the Wagstaffe-Killcare Community Association.
An espresso coffee machine was added, and the store, now known as The Wagstaffe Store, began to provide an extensive take-away menu, as well as hot meals, such as fish and chips, crispy bacon and egg rolls, and antipasto dishes.
Frozen take-away meals, locally cooked, are now also a speciality.
A small library of books to support local Rural Fire Service was set up.
The Store gained Heritage recognition and now acts as a valuable centre for the community to meet with friends for coffee and a snack, and for local tradies to get a meal and a rest, according to Community Association president Ms Peta Colebatch.