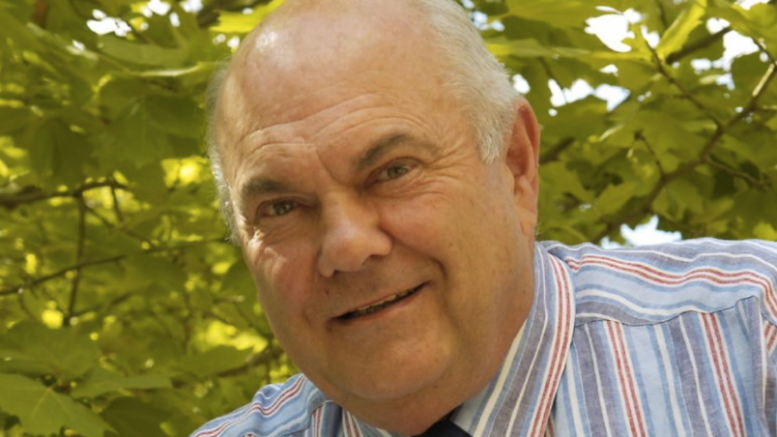 After more than two decades of service to Wyong Council, Mr Bob Graham “reluctantly decided not to contest the Central Coast Council Election”.

“I am very proud of my involvement and achievements in over 35 years of service to my community,” Mr Graham said.

“During my 18 years of service to Wyong Council, I served fi ve years as Mayor and four years as Deputy Mayor. “I achieved much for the local community, and was successful in obtaining a grant from the Federal Government for $80.3 million dollars for the Mardi to Mangrove Link to drought proof the Central Coast. “I got a $20 milliondollar grant to set up the Wyong Estuary Management Plan, $10 million dollars for the sporting amenities at the Mariners Tuggerah Centre of Excellence, not to mention the State and Federal Government Grants to knock down and re-build three Surf Lifesaving Clubs, Shelly Beach, Toowoon Bay and Soldiers Beach.

“During my term on Council I served on many Committees including Chair of the Tuggerah Lakes Estuary, Coastal and Floodplain Management Committee, the Beach Liaison Committee, Central Coast Regional Organisation of Councils, Gosford Wyong Water Authority, Council Governance Committee, Grants Committee, Local Traffic Committee and Sports Committee.” Many community leaders responded to Mr Graham’s statement with thanks for his service to the community. Mr John Asquith Chairman of the Community Environment Network thanked Mr Graham for his work “and the civility that came with it”. “You can proudly look back on your time in public life with a sense of satisfaction,” said Member for Wyong, Mr David Harris. CEO of the Darkinjung Local Aboriginal Land Council, Mr Sean Gordon, said: “Your absence on Council will be a real loss to the community Bob, especially the Aboriginal community, whom you’ve been a great advocate for, over many years.”

Mr Mike Campbell, who has been a campaigner against the Wallarah 2 coal mine said: “You have been an outstanding representative of the Coast for decades. “Despite differences between parties and organisations, and extraordinary challenges, you have ridden over that and supported worthy programs and people as you saw fit.”

Council waits for details while Woy Woy channel silts up