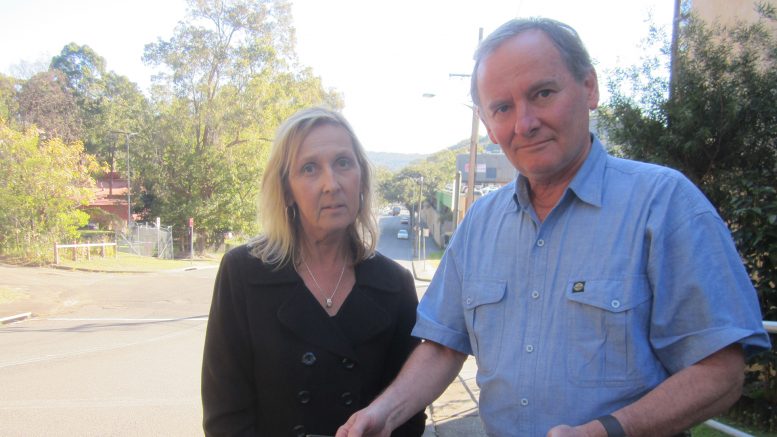 Jane Smith and Gary Chestnut, running as independents in the Council election, are concerned about zoning changes in Gosford CBD

Independent candidates for the upcoming Central Coast Council election, Mr Gary Chestnut and Ms Jane Smith, sounded the alarm about Gosford CBD rezonings that went before Council on Wednesday, July 26.
“Rezoning in Gosford CBD will result in huge windfall profits to developers as the land value and profits increase while no actual building work results,” said Mr Chestnut, who is standing as an independent in the Gosford West Ward.
“This is called land banking,” he said.
“It produces no building work and no jobs; it just results in the next developer asking for a rezoning for more height.
“We need an investigation into the processes that have resulted in some developers having their land rezoned from heights of 15 metres (approximately five storeys) to a potential height of 99 metres (approximately 33 storeys) with just the stroke of a pen.
“The proposed changes to the Gosford LEP are based upon a single document that has not had any public consultation and is in direct contradiction with the Gosford Master Plan, which took three years to develop at a cost of millions of dollars.
“We all want progress and renewal in Gosford CBD.
“The current zoning already allows up to 20 storeys in some places, however, very little has happened, as the development industry keeps asking for more,” said Mr Chestnut.
Independent candidate for Gosford East, Ms Jane Smith, said: “It appears as if developers are running our Council planning department.
“Council staff have acknowledged that they have monthly meetings with developers.
“Since the Administrator took power in May 2016, Council has also held two developer forums.
“However, there have been no corresponding community forums to plan for the future of the Central Coast,” Ms Smith said.
“We don’t have any confidence that Council has undertaken the necessary planning for infrastructure and transport to cater for this high-rise development,” she said.
“With recent catastrophes involving high rise buildings, we are also concerned whether there has been any consideration to emergency management when a population is concentrated in the narrow valley of the Gosford centre.
“The rush by the Administrator to single-handedly approve these rezonings just seven weeks before an elected Council is in place is an abuse of power and a real concern.
“Questions need to be answered about who benefits from these rezonings and why the rush,” said Ms Smith.
According to Ms Smith and Mr Chestnut, many CBD developments which were approved over the past four years “while the Council was controlled by development interests” have yielded no action – only “for sale signs to grab a quick profit”.
“Developers have recently tried to make it look like something is happening with clean ups and demolition in the run up to the Council election,” said Ms Smith.