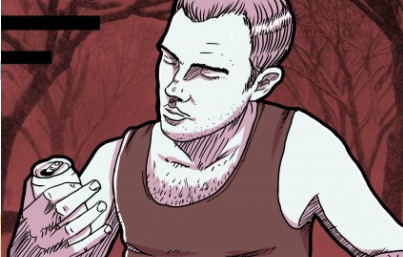 Oliver Downes on his Winter Tour will be in Gosford

Mr Downes, who is on a NSW/ACT tour, is sharing music from his 2016 debut album Ultraviolet along

with new material and will be joined by Mr Joshua Kreusler (electric guitar) and Mr Jack Towers (drums),

to bring his instantly familiar chamber pop tunes and unique jazz inflection to the stage.

would always have a place in his life.

“I started playing piano aged 6, or at least mum organised for me to have piano lessons.

“By the time I was 7 and when I banged around on the piano in the lounge room, I would have some idea

of what I was doing and I haven’t really looked back since,” Mr Downes said.

Despite finding his passion early, Mr Downes still tried his hand at a series of jobs that ultimately led him

“I’ve worked many different jobs over the years collecting eggs on a chicken farm, selling books in retail,

hasn’t been anything that’s ever held my attention like music,” he said.

Mr Downes’ sound has been described as a marriage of the pop and folk genres with a jazz undertone,

with Ultraviolet bringing an ethereal soundscape to life through subtle percussion, twinkling piano

melodies and on point lyrics in a distinct downtempo pop record.

“There’s a whole ton of things that have gone into my sound, the golden-era musicals that dad used to

listen to when I was growing up, the long car trips up and down the east coast accompanied by Sergeant

Peppers, my discovery of Radiohead, Ben Folds and Rufus Wainwright as a teenager and my

Mr Downes self-produced Ultraviolet, sourcing his through Pozible, an Australian based crowd funding

platform through which Mr Downes secured close to $10,000 to bring his debut record to life.

“It can be very difficult at times beavering away in isolation on an original project, particularly when you’re

not necessarily aiming to imitate a sound that is already commercially popular, to receive the kind of

support that I did from my fans was particularly special for me,” he said.

“I’m very lucky in that my sister, Holly Downes, is an excellent double bass player and has a project of

her own, The String Contingent, with her partner Chris Stone (violin) and their mate Graham McLeod

“At the time I had no band of my own, so in a rather brazen act of nepotism I hired the three of them

along with Chris’ brother Rob Stone (drums) to put some musical meat on the bones of my songs.

“Working with those guys was a wonderful experience, a true collaboration, with their parts being worked

out over an intensive few days of group improvisation, discussion and negotiation.

“Since each musician has such different influences, The String Contingent are regularly compared to

drums predominantly in metal acts such as Norse or The Amenta, what they brought to the record was

When asked what locals unfamiliar with his sound could expect Mr Downes said, “something different.”

“On my part, soaring melodies, kinetic piano skills and lyrical musings by turns intimate and cosmic.

“I’ll be trying out some new songs as well which I’m quite excited about.

“My drummer Jack and guitarist Josh are both extraordinary jazz trained players, so I’m confident that

punters will be enthralled by their musicianship and the musical conversation of our trio.

Punters can catch Mr Downes gig at The Rhythm Hut from 7pm.

Ticket prices vary from presale to at the door.

All-ages battle of the bands event at The Rhythm Hut