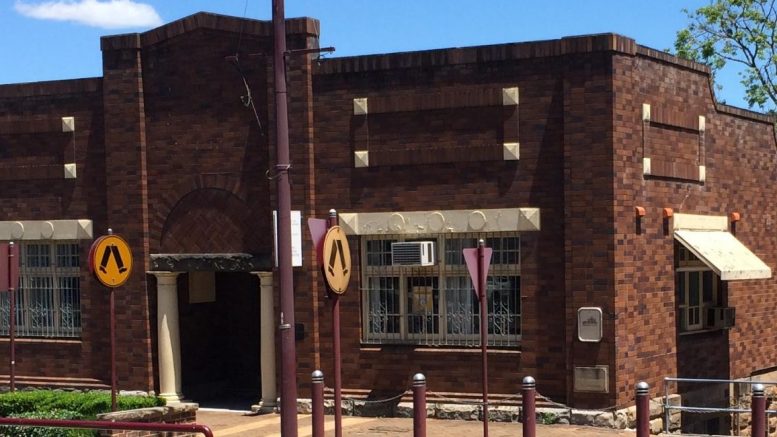 A development application for the adaptive reuse of the former School of Arts building on the corner of Georgiana Tce and Mann St, has been lodged with Central Coast Council.
The DA proposes using the building for a café and office tenancies, and works are valued at $180,000.
The former School of Arts building forms part of the Gosford ATO development site that is currently under construction.
According to a Statement of Environmental Effects (SEE) submitted in support of the DA, demolition will be limited to removal of redundant fit out that is not suitable for the adaptive reuse.
The café will be located on the lower ground level and flow through to an alfresco seating area and urban square separating the School of Arts building from the ATO commercial building.
The office will be located on the upper level and accessed directly from the Mann St entry.
The proposed works for the lower ground floor cafe include: commercial kitchen, including benches and food storage; accessible toilet; refurbish existing doors and windows; installation of exhaust, air conditioners and condensers; and a lowered ceiling, above the kitchen, for services installation.
Works proposed for the upper floor tenancy include: internal lightweight partitions to reconfigure the existing office layout; refurbish existing toilets; and, new wrought iron gates at Mann St entry.
The café will have internal seating for approximately 25 to 30 patrons and is expected to employ two-to-eight staff per shift.
Hours of operation will be limited to between 7:00am and 10:00pm, seven days a week.
“The proposal is considered to be consistent with the zone objectives as the adaptive reuse will contribute to the mix of commercial and retail uses,” the SEE said.
“The proposed development can be defined as a Commercial Premises and is permissible in the mixed use zoning subject to development consent,” it said.
The former School of Arts is listed as local heritage item 36 under schedule 5 of the Gosford Local Environmental Plan, 2014.
According to a Statement of Heritage Impact (SOHI) prepared by EJE Heritage, also in support of the DA, said: “The proposed works are shown to alter the non-original fabric only, as necessary to facilitate the new uses.
“Subject to the final construction details, the proposed scope of works will retain all external fenestration, refurbish external doors and windows and make only minimal changes to the exterior.
“The building will be cleaned and repaired and re-presented to the public.
“The exterior will essentially remain unchanged.
“The adaptive reuse of the site and building for new, compatible uses is a positive outcome for the building.
“The planning proposed and the scope of works … will not have a detrimental impact on the assessed significance of the former Gosford School of Arts building.”
According to the SEE, the proposed adaptive reuse of the building will aid in its long-term conservation and retention as an item of local heritage significance.
“No ground works are proposed and there will be no disturbance to the footings of the former sergeant’s residence/police station and horse stables.
“The heritage fabric of the building will be retained and there will be no impact on the nearby heritage items.”
The Statement of Heritage Impact also said the building has historic and social significance as an important community building, associated with the early development of the Gosford township providing a hall, library, chambers for the Municipal Council and Odd Fellows Lodge.
“It has regional historic and social significance as the site of the first showing of motion pictures on the Central Coast.
“Although only remnants of the original building remain, this does not detract from its significance as an important civic building.
“Its location at the southern end of Mann St marks the establishment of the settlement around the wharf due to the reliance of early settlers on water transport prior to the building of the Great North Railway.
“It has aesthetic significance as an example of a late 1920s brick civic building, enhancing the streetscape of Mann St.
“The 1929 rebuild has local significance as an example of a civic building designed in an Inter-War architectural style, with its conservative symmetry, simple rendered motifs, dark brickwork, minor classical references, all achieved within a difficult budget.
“The upper level windows are technically noteworthy and elegant.
“It is representative of a class of civic development, a type of socially important community institution and facility and of main street architecture in a growing, early 20th century town.
“It has local representative significance.
“The long term use of the building is the focus of the proposed development.”
The heritage report does concede that some aspects of the proposal could detrimentally impact on the heritage significance of the item or area.
“Planning and care is required for the retrofitting, installing and reticulating of new building services in order to avoid or minimise any damage or visual impact to the existing original materials, finishes and detail.
“Any works should retain as much of the original fabric as is possible.
“The location of new lighting and new signs is to be carefully coordinated to enhance the existing building and its significance.
“Where ever possible, new elements should later be removable without damage to existing original fabric.
Submissions can be made in relation to the DA until close of business on Thursday, August 3.