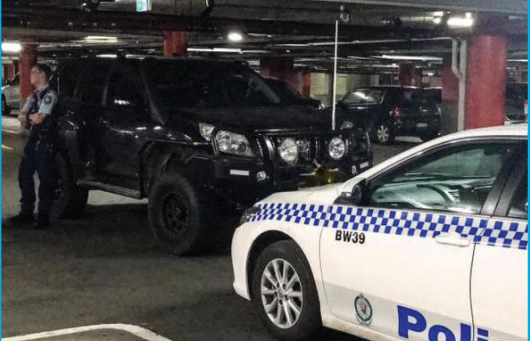 Three men have been charged after a dangerous police pursuit in a stolen vehicle. The pursuit, involving a stolen Toyota Prado, commenced around 3pm on Saturday, July 15.

The vehicle travelled on the wrong side of the M1 from Kariong before going on to the Pacifi c Highway, with police terminating the pursuit and re-commencing with assistance provided by PolAir. The occupants of the stolen vehicle then failed to stop at the Central Coast Highway, Bateau Bay. The offenders then dumped the vehicle at Erina Fair before attempting to flee the shopping centre on foot.

The three men, aged 26 and 23, were arrested and taken to Gosford Police station. A 26-year-old man was charged with 20 offences including revocation of parole, police pursuit (Skye’s Law), drive manner dangerous, driving while disqualifi ed and take and drive conveyance. He was refused bail and appeared in Wyong Local Court on Sunday, July 16. Two men, aged 23 and 26, were each charged with being carried in a conveyance and resisting arrest.